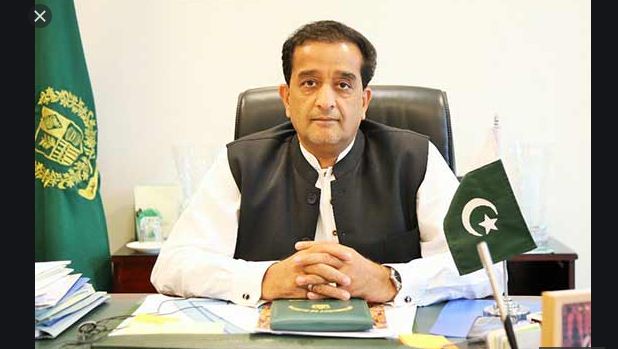 QUETTA, Mar 14 (DNA): Special Assistant to Prime Minister (SAPM) on
Climate Change Malik Amin Aslam has said the government was taking steps
to promote tourism and forest sectors while Balochistan was the best
region for conservation of natural beauty.

Talking to media at Quetta Press Club, he said target of planting 10
billion trees in the country was being achieved through public-private
partnership.

Malik Amin Aslam said Pakistan was among the top 10 most affected
countries due to climate change and famine due to declining rainfall,
adding that rising temperatures have adversely affected Balochistan and
tree plantation required to mitigate these effects.

He said a plan had been launched to gain the target of planting 100
million saplings in Balochistan and its coastal areas and in the
vicinity of Quetta which would help promote forest sector. He further
said efforts were underway to expand Chilghoza forest in the monsoon
areas of Balochistan.

Tree plantation was being done on the sides of 70 dams in Balochistan
and six cities were included in the Clean Green project in Balochistan,
he added.

The SAPM said waste water treatment plant would be operational soon,
adding that the tourism sector was being promoted under the Prime
Minister’s vision.

The provincial government and Taraqee Foundation were helping to ensure
a better environment for masses, he said. The 10 billion tree planting
campaign was being implemented through the public-private sector, he
said.

He said the government would work with the private sector to increase
the salaries of guards in national parks.

Hazarganji Park in the outskirts of Quetta was included in Model Plan,
he sadid adding, the Federal government would create two new national
parks including Harboi and Koh-i-Sulaiman National Parks area of
Balochistan, he concluded. DNA