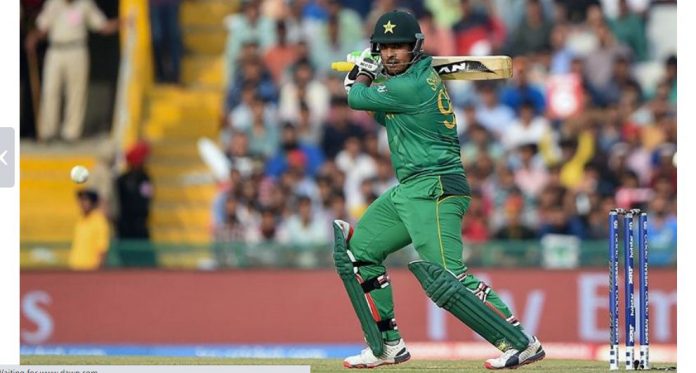 LAHORE, MAR 12 – Opener Sharjeel Khan returned to international cricket after four years as the Pakistan Cricket Board (PCB) announced on Friday its squads for the upcoming tour to South Africa and Zimbabwe.

He said Sharjeel, who was named in the T20 squad, deserved an opportunity to further improve his fitness and prove he still had the ability to win matches for Pakistan.

“Although he is not exactly where we want him to be, he is not too far away,” the chief selector said.

A statement from the PCB said the 31-year-old had been recalled to the T20I side four years after his 15th and last T20I match.

Pakistan all-rounder Shadab Khan and veteran all-rounder Mohammad Hafeez have also returned after they missed out in the South Africa series in Pakistan. Among the newcomers are Arshad Iqbal, Mohammad Wasim Junior and Shahnawaz Dahani, said the statement.

“I want to congratulate Arshad Iqbal, Mohammad Wasim Junior and Shahnawaz Dahani on their selections in the Pakistan squads. This is an acknowledgement and reward for their talent and performances in the 2020-21 domestic season,” said Wasim.

He noted that Imad Wasim, Aamer Yamin, Amad Butt and Kamran Ghulam had missed out on selections but that paved the way for Shadab and Hafeez in the T20I squad.

“The seven T20Is are part of our preparation for this year’s ICC Men’s T20 World Cup, while the South Africa ODIs are part of the Super League as we aim to qualify directly for the ICC Men’s Cricket World Cup 2023.

“It is imperative that we do well in Zimbabwe so that we can not only carry the winning momentum forward but also prepare for tougher series in the West Indies and Bangladesh,” said Wasim.

The PCB statement noted that the T20I and ODI sides include 18 players each with 14 players featuring in both the formats, while the Test squad comprises 20 players with eight players figuring across all three formats.

The full breakdown of the squads is as follows:

A training camp for the white-ball players will be held at Gaddafi Stadium from March 19.

The players are set to arrive in Lahore on March 18 after undergoing PCR tests in their respective cities. Further testing will be held on March 18, 21 and 24. The players will stay in a bio-secure bubble for the duration of their Lahore camp.

The 35-member Pakistan squad will depart for Johannesburg on March 26 for the three ODIs and four T20Is against South Africa. They will then fly to Bulawayo on April 17 for three T20Is and two Tests against Zimbabwe. The side is scheduled to return on May 12.

May 12 – Departure for Lahore from Bulawayo

The itinerary for Zimbabwe will be announced at a later time.