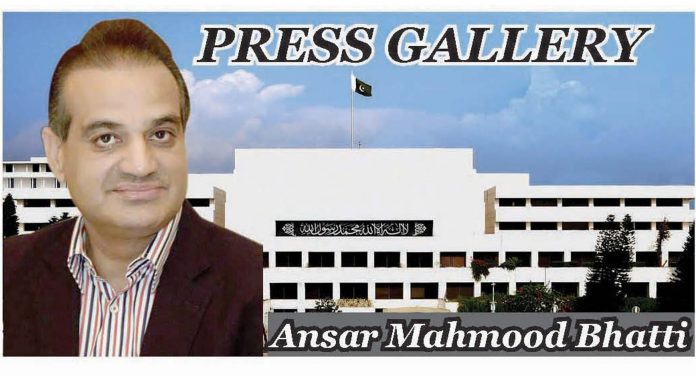 Miracles once again ruled supreme in the Chairman Senate elections on March 12, 2021 where govt-backed candidate and sitting Chairman Sadiq Sanjrani managed to regain the title despite the fact that they did not have the majority in the Uppar House.

The govt and its allies possessed 47 seats while the PDM tally was counted at 51 in the House of 98. Ishaq Dar of PML N is out of the country and Jamaat-e- Islami senator chose to stay away from the process. Sanjrani got 48 votes, one extra vote and PDM candidate Syed Yousaf Raza Gillani got 42. Seven votes were rejected while one candidate polled his or her vote for both the candidates simultaneously thus that vote was also rejected. For the post of Deputy Chairman Senate Mirza Afridi got 54 votes while Ghafoor Haideri of PDM got 44 out of the total 98 votes cast. Afridi who belongs to FATA, miraculously got seven extra votes.

The seven rejected votes issue became serious when the PPP leaders questioned the Presiding officer’s ruling who had outright rejected the votes. Farooq Naik had a valid point that it was not written anywhere in instructions that if a Senator affixed a stamp on the name of the candidate instead of the box in front of the name, the vote shall be rejected. Legal experts too share Naik’s opinion and think it does not matter when a stamp is affixed on the name of in the box in front of the name. This matter therefore for sure will go to the Supreme Court. But all said and done, the fact of the matter is that Sadiq Sanjrani has won and regained the Senate chairman slot.

The question that is still unanswered is that the Senators put stamp on wrong place deliberately or by mistake? In both cases one thing is certain that the govt camp remained steadfast and loyal but in PDM ranks some fatal fissures were observed. Even before the Chairman election it was quite evident that Sadiq Sanjrani shall succeed and Yousaf Raza Gillani despite a clear majority shall not be able to make it. The reasons are quite obvious. Yousaf Raza Gillnai was convicted by the Supreme Court of Pakistan and thus removed from the post of Prime Minister of Pakistan. The Chairman Senate post ranks number three in the top hierarchy after the President and the Prime Minister. When the President is out of the country or unable to perform functions as President then the Chairman Senate becomes the acting President. And by virtue of that the supreme commander of the armed forces of Pakistan as well. A convicted person sitting at the highest office thus did not make any sense, from the point of view of powers that be. Secondly the government ministers had made it clear well before the election that they will adopt each and every method to get their candidate elected as the chairman. And they did it.

March 12 will go down in the political and parliamentary history of Pakistan as a doomed day. Another day that has not earned any repute for the politicians for whatever happened in the Senate these Senators and politicians are responsible for that no matter whosoever coerced them to do so or they did it on their own. The entire drill has badly shaken the political process. If things have come to such a pass, the political parties are to blame for this. They are not ready to see one another’s faces. For personal gains, they would go to any extent. Thus, they provide the spoilers with ample opportunities of exploiting their differences.

The govt and its supporters wanted to get a clear majority in the Senate in order to have smooth legislation however the results show govt has not been able to achieve that goal despite that fact that PTI has emerged as the largest party in the Senate with 26 seats. The anti-govt parties would continue to maintain a majority in the Senate. So basically it will be a hotchpotch situation in the Upper House, which means no serious legislation shall take place.

PTI’s predicament is unique. Despite having a greater number of Senators, neither the Chairman Senate nor the Deputy belongs to PTI. This is yet another interesting and intriguing aspect of our politics. But that is how politics works here. The Senate results ostensibly may instill a new vigor into the PDM movement against the sitting government. Nevertheless, it is now not clear whether this movement would actually pose any threat to the ruling clique because winds are still blowing in favour of PTI and its allies.

The HEC Pakistan is on an imported ventilator