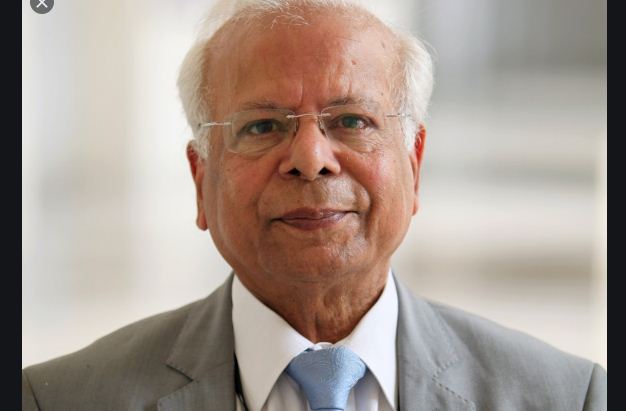 ISLAMABAD, MAR 10 (DNA) – “CPEC is not a debt trap. All CPEC projects in the energy sector are investments and loans constitute only a small proportion of the overall CPEC portfolio,” said Dr Ishrat Hussain, Adviser to the Prime Minister on Institutional Reforms and Austerity with a status of a Federal Minister.

He was speaking at a seminar titled “Upscaling the Economic Activities of CPEC: Opportunities and Challenges” organized by the Institute of Regional Studies (IRS) here on Wednesday. He further added that the Chinese loans were on concessional rates of 2.34 percent.

Dr Ishrat Hussain shared that completed CPEC energy projects had already added 5,320 MW to the power generation capacity in Pakistan with an investment of $7.9 billion. He added that a capacity of another 4,440 MW would be added through an investment of another $9.55 billion. He also shared details of the various infrastructure projects under CPEC and said that the total tally of all projects under CPEC was around $52 billion. He added that plans for upgrading the transmission and distribution networks were already in the pipeline.

Dr Hussain shared that the Multan-Sukkur Highway had reduced the travel time from Islamabad to Karachi by six hours and with the completion of the Sukkru-Hyderabad section, it would be reduced by another three hours. He was of the view that the construction of the planned ML-1 railway line from Peshawar to Karachi would revolutionize the railways sector in Pakistan. He called for dispelling myths and suppositions about CPEC through an understanding of the ground realities.

Director General China at the Ministry of Foreign Affairs Mr Muhammad Mudassir Tipu termed CPEC as a truly transformational project the real dividends of which would only be realized in the long term. He added that with the increase in the power generation capacity, power outages in the country had already decreased substantially. Mr Tipu shed light on the various coordination mechanisms between China and Pakistan with regard to CPEC and highlighted the complete transparency in the process.

Executive Director of Sustainable Development Policy Institute (SDPI) Mr Abid Qaiyum Sulehri urged the government to save the Special Economic Zones (SEZs) from becoming what he called real estate zones without any operational industrial activity. Citing some implementation issues with regard to the operationalization of the Gwadar SEZ, he highlighted the need for fast-tracking government decision-making with regard to SEZs. He also called for greater focus on technological transfer and research and development collaboration between Pakistan and China in the agriculture sector, electric cars, and digitalization.

Mr Hassan Daud Butt, the CEO of the KP Board of Investment and Trade, highlighted the need for countering misperceptions about CPEC. “As soon as the JCC [Joint Coordination Committee] meeting nears, naysayers become active,” he said. He called for learning from the Chinese experiences in China and elsewhere on fast-tracking the industrial process. He called for emulating the ink spot development model of China in which development is first concentrated in a few areas and allowed to stretch from those over a period of time. Mr Butt said that the inflow of investment would depend on the investment climate in the country and the ease of doing business.

International development and public policy professional Mr Hassaan Khawar was of the view that the challenges to the upscaling of CPEC could be summarized in the four Cs of capacity, context, consistency, and communication. Elaborating on the four Cs, Mr Khawar said that public sector capacity in terms of facilitating business was essential for attracting investment. He added that one also needed to understand the context in which the economy of Pakistan was operating, such as the national context of IMF conditionalities putting limitions on Pakistan. He said the regional context of the Regional Comprehensive Economic Partnership (RCEP) and its impact on CPEC also needed to be understood. He added that since a corridor could not become an economic corridor all on its own, consistency in policies that, according to him, ‘spoke to each other’ was essential for benefitting from full dividends of CPEC. Lastly, he called for effective communication to counter propaganda about CPEC.

President IRS Amb Nadeem Riyaz said that CPEC was destined to bring prosperity not only to Pakistan but also to the whole region.