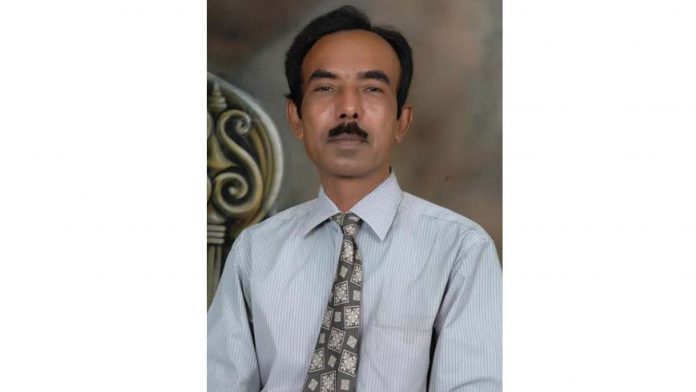 Although Indian Constitution declares India to be a secular and democratic state, which safeguards the rights of religious minorities, yet in practice, its subsequent regimes continued undemocratic practices by targeting, Muslims, Sikhs, Christians and even lower-caste Dalits with impunity.

India’s Constitution abolished the practice of untouchability. But, the Dalits still face discrimination, segregation and violence.

Under the fanatic government of the Indian Prime Minister Narendra Modi-the leader of the biased ruling party BJP, persecution of the Dalit community has been accelerated by the extremist Hindus in connivance with the BJP and other prejudiced outfits.

In this regard, numerous incidents of intimidation, harassment, assaults and violence—including sexual rape and custodial deaths against the Dalits have come to the limelight.

A lawyer couple of the Dalit community from Telangana was hacked to death on February 17, this year, as the couple had last year filed a PIL about the alleged custodial death of a Dalit man, Seelam Rangaiah, who was found hanging in the toilet of the Manthani police station.

BBC reported on October 14, 2020, “Dalit women are among the most oppressed in the world…a 19-year-old Dalit woman was gang raped and assaulted by a group of upper caste men in Uttar Pradesh state. The news shone the spotlight again on the rampant sexual violence faced by India’s 80 million Dalit women, who like their male counterparts languish at the bottom of India’s unbending and harsh caste hierarchy…when a Dalit woman is attacked: police are slow to register a complaint; investigations are tardy; officials raise doubts there was a rape…authorities appear to be complicit in siding with the upper caste perpetrators of violence…After the alleged rape in Uttar Pradesh, which is ruled by an upper caste politician belonging to the ruling BJP party…barred the media and opposition politicians from visiting the victim’s family…Despite a 1989 law to prevent atrocities against the community, there was no let-up in violence against Dalit women. They continue to be stalked, abused, molested, raped and murdered with impunity….Ten Dalit women were raped every day in India last year….The Centre for Dalit Rights group examined 100 incidents of sexual violence against Dalit women and girls across 16 districts in India between 2004 and 2013.

India’s National Crime Records Bureau reports that more than 700 Dalits were killed in attacks in 2014, the last year for which data is available.

In this respect Archeen Kaur wrote, “A recent report by a rights body against custodial torture across the world reveals a disturbing scenario in India –1,731 people died in custody in 2019, mostly from vulnerable communities, Dalits and Muslims. Of this, 1,606 people died in judicial custody and 125 people in police custody. The report also highlights some of the most horrifying torture methods. When law enforcement agencies become perpetrators of violence, it becomes an ominous case of abuse of authority and discrimination against caste and religious minorities under the privilege of impunity–all backed by a silent state.”

Reports suggest, every day, newspapers are awash with stories of injustices against Dalits and their oppression by upper-caste Hindus. In July 20, 2016 file photo, Members of India’s low-caste Dalit community block traffic and shout slogans in Ahmadabad, India. Among the attacks on Dalits in the past month: a 13-year-old girl who was beaten up for drinking from a temple water pump; a Dalit team in the traditional Indian sport of kabaddi attacked by a rival upper-caste squad for winning a match; an impoverished Dalit couple hacked to death following a disagreement with an upper-caste shopkeeper over a debt of 15 rupees.

Social scientists and Dalit activists say, “Dalits-formerly known as “untouchables” are still victims of thousands of attacks each year despite laws put in place.”

Beena Pallickal of the National Campaign on Dalit Human Rights stated, “The Dalit community will no longer stay silent. We will rise in protest against all forms of prejudice.”

Besides, an emerging class of educated Dalits has begun demanding an end to caste bigotry and discrimination.

Chandra Bhan Prasad, a Dalit writer, remarks “This new generation of Dalits cannot tolerate humiliation. Nor will they accept it…their subjugation at the hands of upper-caste Hindus…Dalits, as the lowest caste in the occupational hierarchy, have been assigned the most demeaning jobs, such as skinning dead animals or cleaning public toilets and sewers. In many cities, Dalits are not allowed to own apartments in upper-caste neighborhoods…Dalits are not accepted socially.”

Regarding Indian caste system, modern scholars point out in light of ground realities that persons belonging to the caste of “Brahims have been held in the greatest esteem in India” and “they have considered themselves superior to the people of other castes.”

In this context, Kallie Szczepanski wrote in his article on June 13 in 2017, “A Brahmin is a member of the highest caste or varna in Hinduism. The Brahmins are the caste from which Hindu priests are drawn, and are responsible for teaching and maintaining sacred knowledge. The other major castes, from highest to lowest, are the Kshatriya (warriors and princes), Vaisya (farmers or merchants) and Shudra (servants and sharecroppers)…Today, the Brahmins comprise about 5% of the total population of India.”

However, BJP-led government of the Prime Minister Modi controls all internal policies of India in accordance with the radicalized agenda of the BJP and the RSS. Hence, under his fanatic regime the Dalits are continuously under attack.

Sajjad Shaukat writes on international affairs and is author of the book: US vs Islamic Militants, Invisible Balance of Power: Dangerous Shift in International Relations