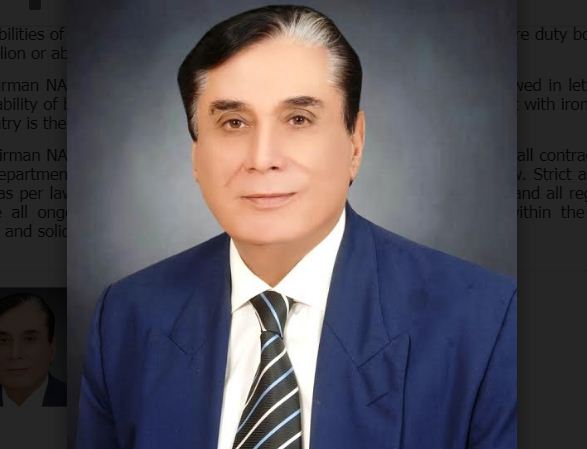 ISLAMABAD, MAR 9 (DNA) – Justice (RETD) Javed Iqbal, Chairman NAB has chaired a meeting to review the performance of the Awareness and Prevention Division at NAB Headquarters.

Chairman NAB took notice of not submitting the details of contracts of over Rs50 million projects by some public sector departments to the Bureau for scrutiny under section 33-B of NAO, 1999 and directed all regional bureaus of NAB to ensure submission of copies of such projects by the relevant departments to Awareness and Prevention Division as per law.

Chairing meeting at NAB Headquarters to review overall Awareness and Prevention Division of NAB, since he took over the responsibilities of Chairman NAB, has said that all public sector departments are duty bound to submit the copies of contracts of Rs50 million or above to NAB for scrutiny under its prevention regime.

The chairman NAB said that the policy of Accountability for All is being followed in letter and spirit across the board and now accountability of big fish is being seen to be done. The corrupt are being dealt with iron hands as eradication of corruption from the country is the top priority of NAB.

The Chairman NAB directed all DGs of NAB to ensure submission of copies of all contracts of Rs 50 million or above from public sector departments comes under their areas of jurisdiction to NAB as per law. Strict action would be taken against the failure officers as per law. Chairman NAB directed operations, prosecution divisions and all regional bureaus to make all-out efforts to conclude all ongoing complaint verifications, inquiries and investigations within the prescribed time frame after collecting concrete and solid evidence as per law.=DNA