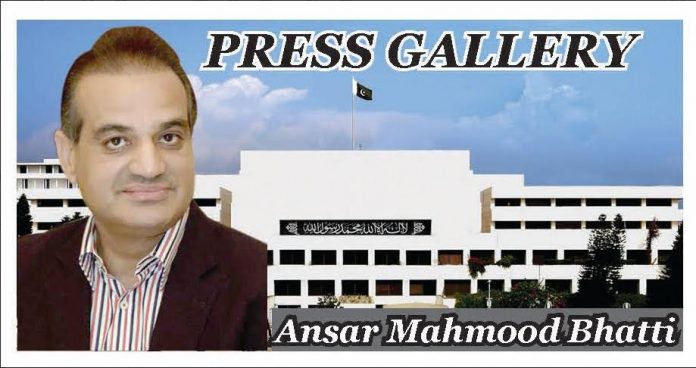 I returned to the Press Gallery of the National Assembly after quite a long time. The event was voting for the confidence vote of the Prime Minister Imran Khan. The vote result was expected as I had predicted in my March 6, 2021 front page comment. Likewise opposition parties’ staying away from the National Assembly was also expected and from the opposition’s perspective, it was a smart political move because the Prime Minister’s getting vote of confidence in the presence of the opposition parties would have proved counterproductive for the opposition.

As I pointed out in my March 6 column that the prime minister and his government have every reason to complete five years term however they have to address woes of people, which are multiplying with each passing day. The prime minister though assured during his winning speech that he had an understanding of people’s miseries and genuinely wanted to take on them but that is what he has been assuring ever since his taking over of the government. As rightly said by MQM leader Khalid Maqbool and Interior Minister Shaikh Rashid Ahmed that it was now time to deliver and provide immediate relief to people. Shaikh Rashid particularly became emotional while talking about ordeals of the poor people. He passionately made an appeal to the prime minister to personally look into these issues before it gets too late.

MQM’s Khalid Maqbool and Grand Democratic Alliance (GDA) Fehmida Mirza spoke about unfilled promises of the prime minister. They tried to convey a message to the premier that they might change their course in case their demands were not met, which according to them, were pending since long. The GDA also complained that PTI members from the Sindh Assembly did not vote for their candidate in the Senate elections. These two parties are now girding up their loins to give the government a tough time in the election of Chairman Senate. MQM especially has desired to get the post of deputy chairman Senate while GDA wants more ministerial slots. The opposition no doubt has a majority in the Senate however in view of the past precedents, it is difficult to predict that it would be able to get its man elected as the Chairman Senate. Thanks to the horse trading phenomenon, which we will see again at its best at the time of election of the Chairman Senate.

During the session, I observed why PTI MPs seem wary of their leadership.  A severe communication gap between the prime minister and the MPs turned out to be an apparent reason. The MPs, even the senior ones, were behaving like kids. They were more interested in having a glimpse of Imran Khan. Their second task was to get a selfee with him. One MP was seen mumbling that the prime minister did not even recognize him. Here one has to admit Nawaz Sharif and Yousaf Raza Gillani as prime ministers were much more kind and cordial towards their members. Yousaf Raza Gillani used to greet and meet all MPs with open arms and always with a smiling face.

TV anchor and politician from Karachi Dr. Aamir Liaquat made a surprise entry when he requested the Speaker National Assembly that he wanted to recite naat. After getting permission Aamir started reciting naat but with modifications in favour of the prime minister, for which he received kudos from his boss yet his own colleagues took him to task for making such modifications’. Dr. Aamir’s sole purpose was to snatch PM attention and media coverage, which he was able to get.

Summing up, the Press Gallery was also abuzz with muttering that who will be the next ISI chief and will this change of guards take place smoothly? It is indeed a routine matter and thus one should not cast any aspersions. Similarly a reshuffle in the Federal Cabinet is also talk of the town these days.The opposition is expected to points its guns towards Punjab and KPK now. In this case change of Punjab and KP chief ministers may be predicted as govt would never like the opposition to cash in on its weak links in Punjab and KP provinces.