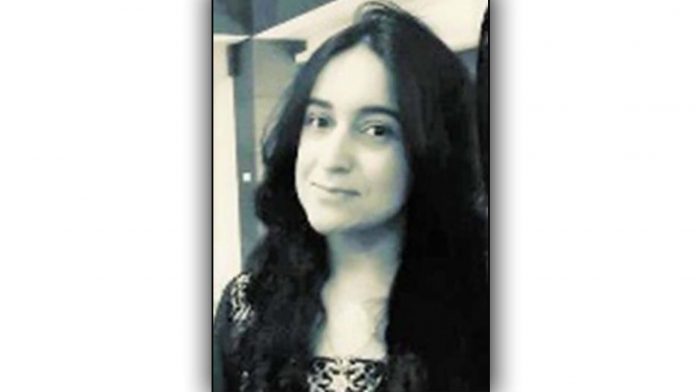 Every religion highlights a bedrock of guidelines and practices as enshrined within the dictum of its edicts. It spotlights specific guidelines and practices. As the guidelines are followed or those rituals are performed, the person is attempted to be made just with His Creator. Though there are differences in focus and the observance of rituals, but then that may be more related to a personal distinction among individuals, their demographics and skin tone, but we live together on this earth with the intention of leading a happier and better life.

Though this sentiment is commendable, the contrary is prominent on the pages of human history. Prominent nowadays; the currents of wars, assassinations, genocide, violence, and crimes against humanity are directed by those who claim to believe in following their Creator. No matter where in the world we look, there is always a reactionary narrative borne of either prejudice or oversimplification that tends to profile people it does not fully comprehend.

Amongst the vicious narratives that have had an immense impact on humanity and its perception of Islam, is Islamophobia, where Muslims are profiled and criticized, eventually mistreated, either strictly due to their faith or consequently due to the brutal actions of a few arbitrary entities and individuals acting in the name of Islam, often, as non-state actors. The story of pain and human suffering is worldly and global, it is not bound to any faith or a geographical setting, nor is it dependent upon any demographic component.

One suffering cannot be highlighted above another because ofits secular or religious settings; whether it’s a terrorist attack in the west or the east. The accounts of these incidents that are everywhere make our hearts bleed with sorrow. Regarding this, Foreign Minister Shah Mahmood Qureshi, while virtually addressing a session of the UN’s Economic and Social Council, stressed on the issue of Islamophobia. Mr Qureshi condemned the “discriminatory citizenship laws … and repeated state-sponsored pogroms against minorities” at the same time requesting for a “global alliance against the rise and spread of Islamophobic as well as other violent nationalist and racist groups”.

With all the cultural similarities, all the parallel feelings and mutual interests how can we explain the atrocities that are inflicted in the name of that One Creator? It is the interest of the few that poisons the majority’s minds. The religious divide is established, nurtured and promoted because it suits a certain group. Over the years, religious emotions have been exploited by these stubborn people who consider themselves superior to the rest. It seems that religions do not have a pretty history. Unfortunately, most religious people are not educated, or well versed in the religions they follow. They depend on what they hear from their leaders and ancestors. But how can a Creator provide special treatment to those who follow a particular religion just because they happen to be born in the family who follows it. It is surprising that their religion has cursed those who are created the same way but happen to be born in a family following a different religion.

Nonetheless, regardless of the ingrained intolerance against Muslims and others in several communities, the role of extremist militants who have immensely added to the intolerance against their own religion, cannot be overlooked. Controversial terrorist organizations, so-called Islamic state groups and others of their type who declare their services to Islam have done more harm and insulted this noble religion and its followers. Their felonies against Muslims and non-Muslims are contrary to the divine decree of the moral practices of faith and belief.

Besides, Islamist militancy is a conservative phenomenon innate to the discrimination and oppression found in most Muslim states, and the imperial mediation of non-Muslim powers. Human ache and misery are truly universal, and thus it calls for a collective, unconditional love to comprehend, feel, understand and eventually heal its wounds. True belief systems convey a message of affection, mutual awareness, patience, care, acknowledgment; showing compassion and empathy to everything that lives without judging others for their beliefs or culture.

The religious societies of the world need to acknowledge both these concerns; discrimination in non-Muslim societies and the oppressive organizations that help create fighters for religiously inspired militancy. Paigham-i-Pakistan, the allied message of collaboration against terrorism and fanaticism registered by 1,829 Islamic scholars in 2018, seemed like a beneficial agreement but was never owned truly in spirit by the religious sects. Speaking on the eve of the unveiling of the Paigham-i-Pakistan, religious scholars had urged collective efforts by state institutions, within the compass of the Constitution, to cleanse society of the dangers of extremism and terrorism.

People can acquire immense power to come closer to their spiritual nature through their Love for others and conscious living. Humanity is the common factor that unites different people. We are all human beings who want to be happy, so we search for love and ways to discipline our spiritual progress. We give comfort only to receive it in some way. Then why not treat others as we would have them treat us. It is great to be a spiritual person with rituals but even greater to be a conscious human with passion. Even if you learn to find your own peace through religion, your struggle should continue till your practices are helpful in generating awareness, love and compassion. The true essence of one’s spiritual journey comes with finding balance and discipline which is the real purpose of religion. These can be developed by anyone inside or outside one’s spiritual practice.

So, let us enjoy life with no fear of being judged; making mistakes only to learn from them, listening to others only to show empathy, observing patience only to treat others with respect, supporting freedom only to live in harmony with compassion. All religions pursue the same goals: those of cultivating goodness and bringing happiness to all human beings. Though the means might seem different, the ends are the same. We may never agree with each other about who Created us, or whose interpretation of religion is correct, however, one thing we can all agree on is our humanity.