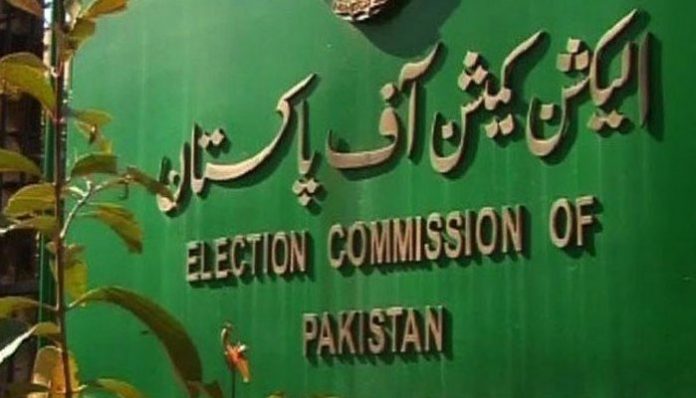 ISLAMABAD : The Election Commission of Pakistan (ECP) on Tuesday has decided to conduct the Senate elections scheduled on March 3, 2021, through secret ballot due to time constrain.

While announcing its decision after considering various proposals, the commission has clarified that the polls will be held ‘as provided in the Constitution and Law as per past practice’.

The commission is taking all the possible steps and measures to fulfill its constitutional duty to check that corrupt practices in the Senate polls are guarded against, it stated.

In the light of Supreme Court’s (SC) opinion on presidential reference regarding the polls in the upper house of the Parliament, the ECP is of the view that input may be taken from different professional and technical organizations which may help to conclude upon it. The commission had decided to constitute a committee in this regard which will prepare recommendations regarding use of technology within a period of four weeks, tehn otification further read.

The development came day after SC, in its opinion on the presidential reference on open vote, had said that Senate elections will be held through secret ballot under the article 226 of the Constitution of Pakistan.

The apex court had also directed ECP to use latest technologies to stop corrupt practices, adding that he secrecy of the ballot papers was “not absolute”.

It is to be mentioned here that a total of 170 candidates had filed their nomination papers in the ECP for the polls on 48 seats in the upper house of the Parliament. 29 candidates from Punjab, 39 from Sindh, 51 from Khyber Pakhtunkhwa (KP), 41 from Balochistan and 10 from the federal capital Islamabad had submitted their details.

Polling for Senate elections will be held on March 3 at the Parliament house in Islamabad and the four provincial assemblies.