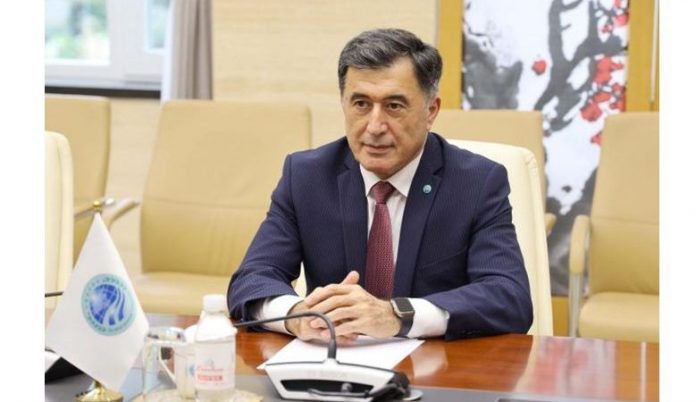 International Women’s Day, 8 March, is celebrated in many countries around the world.

The UN Charter was the first international document proclaiming equality between men and women as a fundamental human right.

Thereafter, the international women’s movement was strengthened by the four UN World Conferences on Women, which gave great impetus to the coordination of efforts to achieve gender equality and the elimination of all forms of discrimination against women.

The founding documents of the UN in this direction were the Beijing Declaration and Platform for Action, adopted in 1995 at the end of the 4thUN World Conference on Women, which was a truly historic event, bringing together 17,000 delegates from 189 countries.

The Beijing Platform for Action identified equality between women and men as an aspect of human rights and a condition for social justice.

The Platform called on the international community to take strategic measures to improve the situation in specific areas of concern: inequalities in education, health care, unequal rights of women in economic and political structures, in the division of power and decision-making at all levels, discrimination against girls and the violation of their rights, etc.

Since Beijing, the UN has been guided by these areas of concern, driving positive change around the world. The UN Commission on the Status of Women and UN Women have worked hard over the years to promote gender equality and women’s economic empowerment.

According to experts, in the 25 years since the adoption of the Beijing Declaration, the general opinion of the importance of gender equality has been strengthened in many countries. In 143 countries of the world laws have been passed that ensure gender equality, and obstacles to women’s participation in political and economic activities have been eliminated at the legislative level.

At the same time in several countries and regions of the world, there is still an imbalance in the level of development of women. Out of 800 million people in the world living in poverty, more than half are women. Different forms of discrimination against women still exist in the world.All of which shows that a huge joint effort is still needed to implement gender equality.

According to UN Secretary-General António Guterres, achieving gender equality and empowering women and girls is the unfinished task of our time and the greatest human rights challenge in the world today.

According to experts, the quarantine measures and economic crisis caused by the COVID-19 pandemic have affected women the most. According to a UN study, rates of domestic violence in various countries during the pandemic increased by up to 33%.

A technical review by the United Nations Population Fund (UNFPA) notes that women make up 70 percent of the workforce in the health and social sectors worldwide.

In this regard, UN Women has called on the world’s governments to take five specific actions:

First, address the needs of nurses and female doctors who are involved in the fight against the pandemic.

Second, ensure uninterrupted hotlines and access to services that must remain open to assist all victims of domestic violence.

Third, crisis economic assistance packages envisioned by national governments must include funds to provide social protection tailored to women’s specific circumstances and consider the specifics of the domestic economy, including caregiving for family members.

Fourth, leaders must find ways to include women in decision making about the response and the subsequent recovery whether decisions are made at the local, municipal, or national level, women’s participation will invariably lead to the most positive outcomes.

Fifth, policymakers must take into account family dynamics and promote equal sharing of the burden of care and domestic responsibilities between women and men.

At the same time, the pandemic has exposed and aggravated the growing “digital divide” both within and between developed and developing countries, especially in terms of the availability, accessibility, and degree of use of information and communication technologies and access to the Internet, deepening existing inequalities. Approximately 60 percent of the world’s population, mostly women in emerging and developing countries, still do not have computers or access to the Internet.

These recommendations by UN Women are relevant to all countries of the world, including the SCO states, in determining and implementing a set of measures to overcome the consequences of the pandemic.

As for the SCO countries, it can be noted that the member states have achieved significant success in achieving gender equality during the 20 years of our organization’s activity. All SCO countries have ratified and implementing the Convention on the Elimination of All Forms of Discrimination against Women as well as other international conventions on human rights, women, and children, in addition, to the national legal framework for achieving gender equality has been established.

It should be emphasized that the goals and objectives of the SCO Development Strategy 2025 and the UN Sustainable Development Goals 2030 have much in common, regarding ensuring gender equality, access to the full range of services and basic components of human activity.

Today, the SCO is a steadily developing region of the world that occupies more than 60 percent of Eurasia with a population of over 3.2 billion people, more than half of whom are members of the beautiful half of humanity.

During the fight against the pandemic coronavirus in the SCO countries, female doctors, and nurses, despite the numerous problems and challenges they faced in the difficult times of the pandemic, saved the lives of millions of people, and today continue to treat people with dedication and continuity of care. For their example of courage, heroism, and resilience in the fight against coronaviruses, women doctors and nurses in all SCO member countries have been awarded the highest state decorations. In addition, all medical workers have been provided with comprehensive material support and the necessary conditions to ensure their safety have been created.

At present the share of employment of women in the SCO countries and the level of their participation in various spheres of the economy is on average 49%. They are mainly involved in healthcare, education, agriculture, and trade. For example, in China 55% of those employed in digital trade are women.

The level of women’s representation in politics is increasing. For example, the proportion of women parliamentarians is almost 20%, and ministerial-level leaders are about 10%.

This clearly demonstrates the commitment of the SCO countries to the UN Sustainable Development Goals, to ensuring effective gender equality and the empowerment of women.

In this regard, the priorities of gender equality being an integral part of society of our states in all spheres, can serve as an effective platform for the consolidation of women’s potential of the SCO countries.

In recent years, efforts have been made within the SCO to develop a “women’s” line of cooperation. At the initiative of the All-China Women’s Federation, the 1stSCO Women’s Forum was held in May 2018 in the city of Beijing on the theme of “Joining Forces of Women to Promote Joint Development.” As part of the forum, a series of plenary sessions on “Women and Innovative Development,” “Women and the Beautiful World,” and “Women and Mutually Beneficial Cooperation” were held, which in general resulted on “strengthening exchanges and cooperation in the SCO space in women-related fields.” The Forum demonstrated women’s interest in consolidating efforts to help promote regional cooperation and strengthen the “Shanghai spirit.

The Second SCO Women’s Forum was held in May 2019 in Bishkek with the participation of delegates from 12 countries, who exchanged views on the gender aspects of SCO cooperation in the context of the Beijing+25 regional review and implementation of the 2030 Sustainable Development Agenda, as well as the participation of women in inclusive economic development in the region, investments in health and education, and equality of opportunity in the age of digitalization.

The main outcome of the Forum was the unanimous opinion of the participants on the need to establish cooperation on gender issues within the SCO.

The Republic of Tajikistan is planning to hold the next SCO Women’s Forum on June 10, 2021, in Dushanbe under the SCO Chairmanship.

At the initiative of Tajikistan, the coordination of the draft Memorandum on Cooperation in the Field of Gender Equality between Authorized Bodies of the SCO Member States has started, where special attention is given to protection of the rights of women and girls, status of women in the society, development of women entrepreneurship, participation of women in business management in the field of ICT, impact of migration on women, situation of women in villages, etc.

I am confident that the introduction of gender development issues into the SCO Agenda will facilitate the exchange of experience between women’s organizations of our countries. In this regard, it seems important to establish a specific cooperation mechanism for the systematic and effective work and active participation of women in SCO activities.

In general, much has been done at the global and regional levels to improve the status of women, but more needs to be done to create conditions for the development of women and girls in accordance with the new realities of the present time – the age of globalization, interconnectedness, and information technology; in addition, the impact of the coronavirus pandemic on women and children must be considered.

Still issues of gender inequality and unemployment with a woman’s face persist, so it is particularly important to ensure the participation of women in the social, economic, and political development of the countries of the organization.

I believe that International Women’s Day – March 8 this year will be celebrated in the world on a more positive note and will be an additional reason to pay tribute to the beautiful half of humanity.