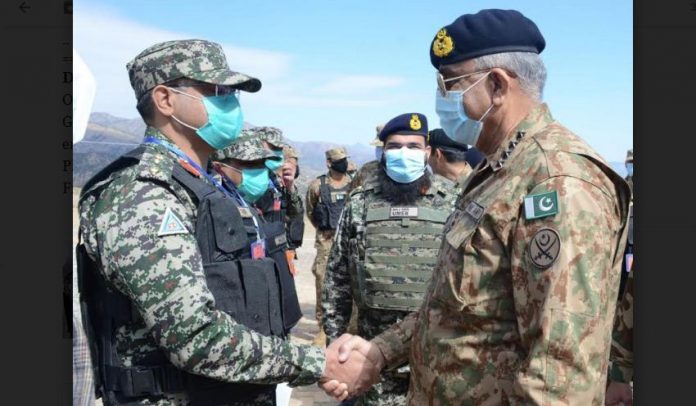 While interacting with  officers and men, COAS commended their commitment and professionalism in ensuring secure and conducive environment for implementation of writ of civil administration in newly merged tribal districts.

Pakistan is committed to peace and stability in the region and playing its part by solidifying border security and capacity enhancement of FC / LEAs, COAS emphasised.

While interacting with tribal elders at Mir Ali, COAS appreciated them for their unflinching support and sacrifices in fight against terrorism. COAS said that peace has largely returned to these areas. The hard-earned normalcy will be retained and enhanced through collective efforts of the local population, civil administration and LEAs.

We have to remain vigilant and steadfast to thwart hostile attempts to create chaos and reverse the gains of Operation Radd ul Fasaad,” COAS remarked.

To continue the journey towards enduring peace and development we need to stay determined and united, COAS concluded.