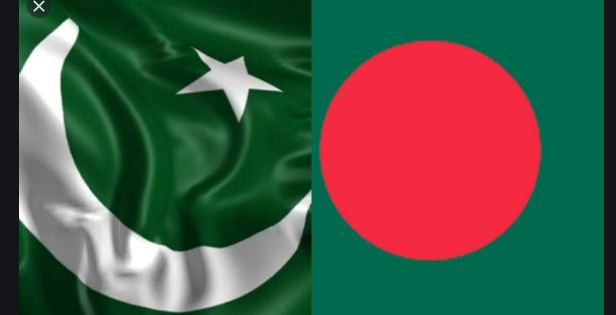 ISLAMABAD, MAR 1 (DNA) – Pakistan is always the first one to take initiatives for strengthening Pakistan-Bangladesh relations, but little reciprocity is shown by Bangladesh. Therefore it is high time for Pakistan and Bangladesh to let go of the past and work together for a progressive future.

He added that a flexible visa regime can help in enhancing people to people relations between Pakistan and Bangladesh. He continued that people of both the countries have enormous opportunities to mend economic, political and cultural relations. According to him, efforts should be made to promote academic cooperation between the educational institutes of both countries. This cannot be done unless there are leaders from both sides who are able to promote meaningful interaction between students from Pakistan and Bangladesh.

He proposed the truth and reconciliation commission which can help overcome the bitterness of the past and also help in sanitizing the historical literature on the events around 1971.

Dr. Sharin Shajahan Naomi expressed that Pakistanis and Bangladeshis are happy with each other. In politics there is a binary view but people to people relations are good, despite the past trauma and unfortunate memories.Currently there is a huge gap in the economic relations between Pakistan and Bangladesh.She suggested that a trade agreement could be a strong starting point to form good relations on a higher level and Bangladesh would be welcoming towards this stance since it wants good relations with all its neighbors including China, Pakistan and India.

Barrister M. Sarwar Hossainreinforced that we share a common history. He admitted that there have been some political mistakes but we should move on from the past and make progress for the future. Good people to people relations are demonstrated when it comes to sporting events and tourism between regional countries. In his view, in the subcontinent, no country can develop individually, the whole region has to develop economically as economic viability will ensure security.

Public opinion is one of the most important foreign policy determinants. Therefore, regardless of reciprocity by the government of Bangladesh, Pakistan should continue doing its bits and ifthe citizens of Bangladesh will see the benefits of the policies of Pakistan, they themselves will mobilize support in favor of Pakistan and pressurize their government into taking reciprocal steps.

Dr. Moonis Ahmar ended his conversation on the note that history textbooks can make a difference by promoting a sense of joint history instead of spreading hate and violence. For a win-win situation there has to be ease in flights, shipping and trade linkages. He also highlighted that there is nothing against Bangladesh in Pakistan, the youth of both countries should not carry the baggage of the past.

Barrister M. Sarwar Hossain in his closing remarks admitted that Bangladesh understands the failures of its foreign policy and is working to open up to other countries to have good relations. In this regard he commended Pakistan’s efforts in lifting visa restrictions.=DNA