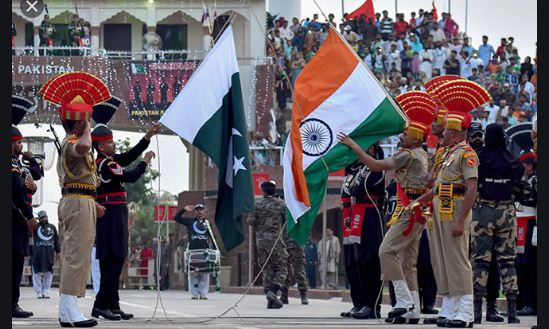 Mohammad Ather Javed, in his introductory remarks noted that future war is almost here: battles fought in cyberspace biologically enhanced soldiers autonomous systems that can process information and strike violently before a human being can blink. Technology took the wars to another level and that will cause more disastrous results. The evolving, complex world of conflict and technology demands that we pay more attention to the issues that are or can  confront us, before it is too late to control them.

General Phil Jones (retd.), former Chief of Staff NATO (UK), Chairman Army Benevolent Fund, UK-International Security Advisor said ” Technology has immense potential to bring profound changes in contemporary world. There is a difference between technological innovation and generational wars because even today soldiers are being seeing carrying rifles. There is no doubt that warfare in changing. The competition between Pakistan and India on national capabilities have been intense and will continue to be intense. This intense competition can become a battle and a struggle but not war. The competition is to erode the economic and political tensions along with ensuring political and social cohesion. Social media is a trend that can cause a stir in no time and fake news is a potential weapon while being sitting below the recognizable threshold. It is also of great important that whoever controls the space, controls land. Cyber domain is another trend of carrying out organized crime against nation. Artificial intelligence has become a buzzer of today. AI is already being weaponized, a major strategic activity to turn human activities into automation. In a decade. AI will be unimaginably strong and powerful. AI demands national strategy, not just national security.”

Mr. Justin Bronk, Research Fellow, Airpower & Technology, Royal United Services Institute (RUSI), UK shared “The future of warfare is changing with every passing day. China is now producing affordable, small and easy to carry weapons that allow precision and in direct and indirect attacks. For now, point-defence system can be improved. Missile and ballistic weapons can still hit a target if there are trees or mountains in the way but laser cannot be as precious if blocked by mountains. The real revolution in defence system is the microwave weapon system but for that more power is required. Cyber, despite being the slowest, is still a powerful and dangerous enabler.”

Lt General Khalid Rabbani (retd.) HI (M), former 11 Corps Commander (Peshawar), member advisory board of Pakistan House summed up the discussion as  “I would like to thank all our speakers and participants. Military is one of the most difficult institution to change. Pakistan and India are already in a state of war. There are fields where Pakistan and India would like to outshine each other. Any nation will not be able to survive if it leaves behind Artificial Intelligence (AI) and cyber advancement. Soldiers will always be required even in AI world. AI cannot take over human activities in its entirety. It will be a blended approach. Self-reliance is the answer for any State to equip and train itself with AI.”