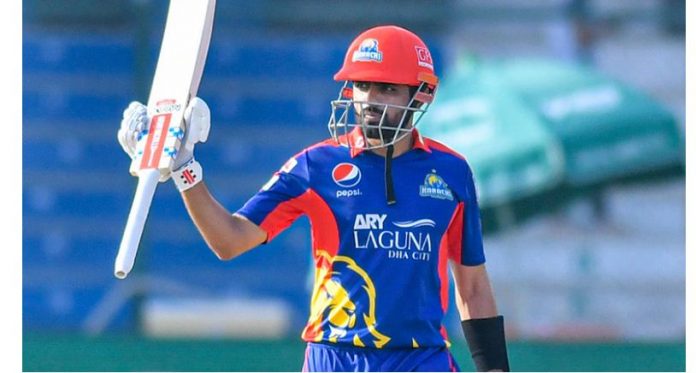 At the National Stadium in Karachi, Kings’ captain Imad Wasim won the toss and elected to bowl first.

Sultans managed to post a competitive total of 195-6 in their allotted 20 overs. James Vince, captain Mohammad Rizwan and Chris Lynn scored 45, 43 and 32 respectively.

For the defending champions, young right-arm pacer Arshad Iqbal was the pick of the bowlers as he registered figures of 2-36.

In reply, Kings chased down the target in the penultimate over of the match at the expense of three wickets only.

Opener Babar played a match-winning knock of an unbeaten 90 off just 60 which included 13 fours and one six.

He was well-supported by wicketkeeper-batsman Joe Clarke who scored 54 off 26 balls with the help of three fours and four sixes.

For the losing team, young right-arm pacer Shahnawaz Dhani was the pick of the bowlers he claimed two wickets.

For his outstanding batting performance, Babar was named player-of-the-match.