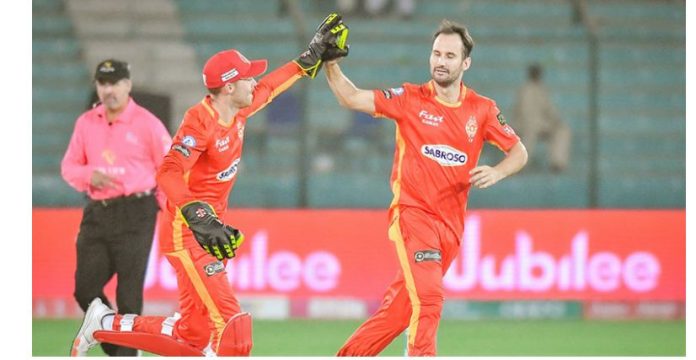 In the second match of the day and the third game of the competition, United captain Shadab Khan won the toss and elected to bowl first.

Sultans put a decent total of 150-8 in their allotted 20 overs, courtesy a sublime half-century from their new captain Mohammad Rizwan who scored 71 off 53 with the help of eight fours and two sixes.

For United, young pacer Mohammad Wasim was the pick of the bowlers as he registered figures of 3-29 in his quota of four overs.

Right-arm pacer Hasan Ali also had an impressive debut for United as he finished with figures of 1-16 is his four overs.

In reply, the winning team managed to chase down the target in 19 overs at the expense of seven wickets.

All-rounder Lewis Gregory, who claimed two wickets with the ball in hand, played an impressive knock of an unbeaten 49 off just 31 balls and took his team over the line.

For the losing team, veteran leg-spinner Shahid Afridi and pacer Carlos Brathwaite were the pick of the bowlers as they claimed two wickets each.

For his outstanding display, Gregory was named player-of-the-match.