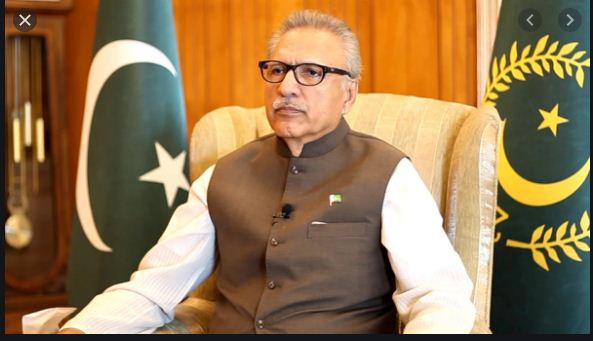 ISLAMABAD, Feb 20 (DNA): President Arif Alvi on Saturday urged the political leadership of France “not to entrench the discriminatory attitudes against Muslim into laws” and warned that such steps would lead to serious repercussions in shape of hatred and conflict.

“You [France] need to bring people together and not to stamp a religion in a certain manner to create disharmony and bias”,” he said at an international conference on religious freedom and minorities rights.

The President’s statement came in reference to the bill passed by the French parliament’s lower house on Tuesday with overwhelming majority that would strengthen oversight of mosques, in an act of discrimination against Muslims.

Besides, Member of the US Democratic Central State Committee Ayesha Khan and Implementation of Minority Rights Forum (IMRF) Chairman Samuel Pyara also addressed the moot attended by representatives of the minority communities and international organizations, religious scholars and bishops.

President Alvi said the French legislation was not in line with the United Nations Charter and contradicted the spirit of social harmony that Europe previously instilled in its society.

Dr Alvi said the damage might not be evident at present, but would ultimately end up in a terrible scenario of hatred and hostility.

“To label the entire religion in a different manner and to start taking precautions against the entire community sparks the fact that if not now, it will have very bad repercussions in the next 10 years,” he said.

He said the West was being communicated by the government of Pakistan that blasphemy of Prophet Muhammad in the name of freedom of expression and religion was considered by entire Muslims Ummah an insult to the revered personality.

He mentioned that laws existed in the West about protection of certain ideas such as Holocaust, the violation of which created disharmony.

“Similarly, the laws [about Islam’s Prophet] should make sure that this does not happen,” he added.

The President emphasized that the world instead needed to divert energies on addressing other serious challenges such as climate change, poverty, hegemony and exploitation.

He said the humanity needed to rise above its vested interests and live up to the ideals of mosque and church as no Prophet, whether Prophet Muhammad or Jesus Christ gave a message about animosity, but peace among people.

President Alvi said the government believed in an emerging Pakistan with peace and harmony among people with all religions, faiths and colors merged into the ideals of peace and prosperity.

“In Pakistan, we believe today, there is morality behind every decision. At the same time, it is in our self-interest that the people of Pakistan must be together and, in all laws, and everything we do, we must ensure that we will promptly fight incidents raising differences,”

The President said there could be accidents and incidents attempting to create disharmony but the nation would fight those “very promptly”, adding that it was a continuous struggle to maintain peace.

Dr Alvi said reconstitution of Minorities’ Rights Commission to protect the worship places of religious minorities was a positive step by the government.

“Pakistan is entering a new era with lessons learnt that we cannot live with divisions among our own people,” he said.

He mentioned the plight of religious minorities in neighbouring India, where particularly Muslims faced discriminatory treatment.

In line with the vision of Quaid-e-Azam Muhammad Ali Jinnah, he said, Pakistan as its State and government policy never avoided safeguarding the rights of minorities. He stressed that individual nefarious acts must not be associated with Islam.

He said the government was drafting a legislation against the forced religious conversions.

EU Ambassador Androulla Kaminara said the EU would continue to partner with Pakistan in promoting development and religious harmony under the EU-Pak Strategic Engagement 2019.

She emphasized that schools and universities could promote religious tolerance, adding that EU in Pakistan would collaborate for a positive change in the lives of people.=DNA