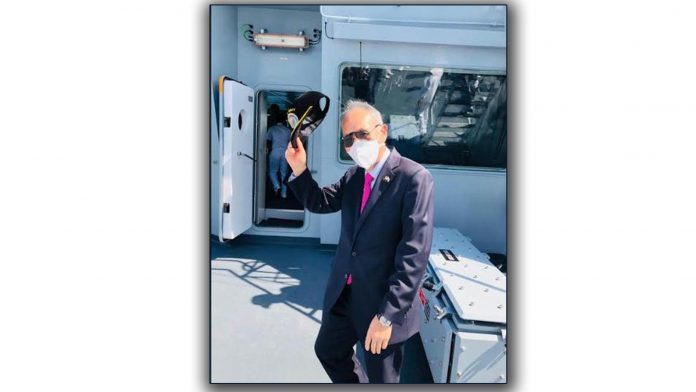 Ambassador MATSUDA exchanged views with the President of Pakistan, Chief Minister Sindh, Minister for Maritime Affairs, Minister for Defense Production, Chairman JCSC, three services chief, who also attended the International Fleet Review, on the importance of maritime security in the region and the future direction of Japan-Pakistan cooperation.

They expressed their respect and gratitude for the participation of the Japan Maritime Self Defense Force’s ship.

In a conversation with Chief of Naval Staff Admiral Niazi, Ambassador MATSUDA conveyed that the AMAN 21 was playing a major role in regional peace and stability, and expressed his respect and gratitude to the Pakistani Navy for hosting the exercise.

In AMA21, Japan Maritime Self-Defense Force’s Ship “SUZUNAMI” and 2 personnel participated in the exercise, further strengthening collaboration and friendship with the Pakistani Navy and the navies of participating countries.=DNA