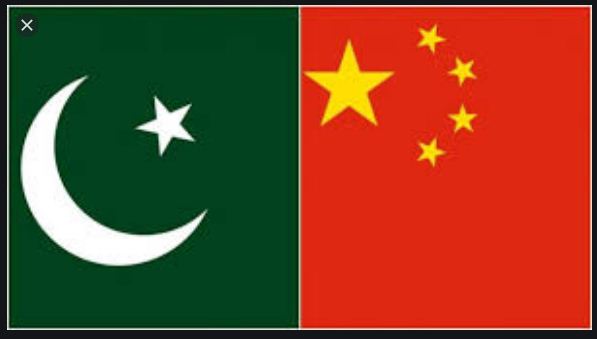 KARACHI, FEB 17 – Pakistan with the assistance of China should grow non-traditional products, under the agricultural and industrial cooperation information platform (AICP) between two countries, as China’s progress in the agriculture sector was worth emulating for developing countries in an official statement on Wednesday.

Pakistan Businesses Forum, Vice President Ahmad Jawad said despite several attempts to invest in the drip irrigation system, we still lagged behind. “Now is the time to analyse why has the system become a success throughout the world and not in Pakistan.

Similarly, there are six main areas of concern that require critical attention through AICP. In each area, seeking foreign funds and foreign expertise is a must.

Third, fields, farms and orchards producing vegetables, pulses, oilseeds and fruits are yet to be organised and maintained in line with the national requirement. Fourth, fisheries and poultry sectors suffer from lack of modern farming and processing practices.

Fifth, there is a need to ensure food security for a large and growing population. And sixth, country may increases the export of agricultural commodities to earn foreign exchange after taking care of growing local demand.

In this regard PBF official recommended the finance and revenue division to provide fiscal incentives to the farmers and amendments in the banking companies ordinance to faclitate payments of loans to the farmers by the banks including ZTBL.

Further, Jawad has also urged the Pakistan Customs and Commerce Ministry officials to arrange specials arrangements for the exports of kinnows to China in the celebrations of Chinese New Year.

He said last year Pakistani kinnows shipped to China with little quantity, however the prices up to 18 times high which was an excellent indicator, as China is a market for a minimum 100,000 tons of Pakistani kinnow due to their higher demand of consumption and it totally depends how we panetrate.

He said Kinnow (Mandarin) have always been considered as a traditional symbol of good fortune in China. This is mainly because the word orange, when spoke in mandarin, sounds similar to the word ‘wealth’. The orange hue of the fruit is also said to symbolise ‘gold’ which makes it a very auspicious fruit.Ahmad Jawad briefed that Pakistan managed to find out two new markets last year for citrus export as Philippines and China are open for Pakistan’s citrus fruits now.

“It is very heartening to note that Pakistan has targeted China and Philippines markets for kinnow export and expected boost in kinnow export this year.”He suggested that Chinese authorities must allow kinnow on their all entry points so that horticulture trade may facilitate in a bigger volumes; as the protocol on phytosanitary requirements for the export of citrus fruit from Pakistan to China was signed 15 years ago on April 5, 2005 between General Administration of Quality Supervision, Inspection and Quarantine of People’s Republic of China, now merged into the General Administration of Customs of the People’s Republic of China and Ministry of National Food Security (MNFSR).“Though CPEC is poised to give tremendous boost to the horticulture industry in Pakistan, which has a promising outlook,” Jawad added. “However, presently we are facing many challenges internationally as European Union and other developed countries of the world are creating barriers for our agro exports.”