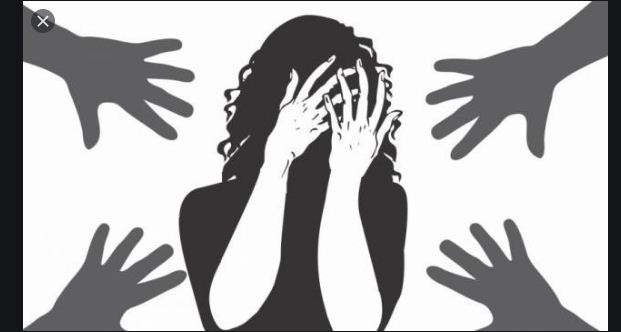 KARACHI, FEB 16: It is imperative that we create safe spaces for everyone, especially for women and girls, to report incidents of harassment or abuse, without any fear of retaliation or retribution, and this can only happen if we inculcate the seeds of awareness in the future leaders of Pakistan towards a just world free from violence with equal opportunities for all regardless of their gender identity, said Shahnawaz Ali, Country Director of Oxfam in Pakistan.

Speaking at the closing ceremony of Oxfam in Pakistan’s project, Ending Violence Against Women (EVAW) through Art and Edutainment, supported by the Australian High Commission, he talked about how the project relied on art and edutainment to engage youth from colleges and universities, drawing attention towards gender-based violence as a serious human rights violation.

The project helped open discourse on issues that limit women and girls to participate in public life and achieve their full potential.  Using art and edutainment as an engaging medium, Oxfam took numerous initiatives to draw attention towards gender-based violence as a serious human rights violation.

‘Australia commends the strides taken in Pakistan to strengthen the protections for women against harassment in educational institutions. The safe and equal participation of women in all spheres of life benefits the economy and society. Australia is proud to partner with Oxfam in Pakistan to promote the message that harassment is not inevitable, it is not acceptable, and it is preventable. This digital campaign reached more than 5 million people across the country.

It also catalysed collaboration between Oxfam and the Higher Education Commission (HEC) to implement anti-harassment strategies at universities. We must work with all members of society, including men, educators, employers and community influencers to drive change’, said the Australian Deputy High Commissioner, Ms Joanne Frederiksen while addressing the audience. Under the project, Oxfam has also signed MoUs with twenty universities in Karachi, under which they have conducted sensitisation/training sessions and seminars, supported the creation of anti-harassment committees, built the capacity of anti-harassment committee members, set up complaint boxes and established a helpline for reporting cases of abuse and harassment in compliance with the HEC Anti-Sexual Harassment policy.

During 16 Days of Activism, Oxfam produced and disseminated animated videos on addressing and changing negative social norms under the campaign tagline, “Janay Na Du”. The videos highlighted the menace of the cyber, workplace and public harassment and the abuse women and girls face along with raising the issue of early child marriages. The videos shared how individuals can take preventive measures and report such crimes. The campaign accumulated a reach of 120 million on national and cable television channels, social media and radio.

Speaking at the event, Shela Raza, Minister for Women Development Sindh said that it is incredibly important that we create awareness about existing laws and reporting mechanisms that protect women and girls from gender-based violence, especially the 1094 helpline set up by Sindh Government to register complaints against domestic violence and gender discrimination.  She invited all educational institutions to share their opinions and feedback so that safe spaces for women and girls can be established to pursue their dreams.

The closing ceremony provided a platform for distinguished members of the Parliament, policymakers, academia, legislators, Government officials and the media to address the rising incidents of harassment and abuse at educational institutions.

A learning review session amongst the participants discussed Oxfam’s intervention to build universities’ capacity to improve management of gender-based violence and harassment cases and what can be done in the future to ensure students and staff can report an incident without fear of retribution.