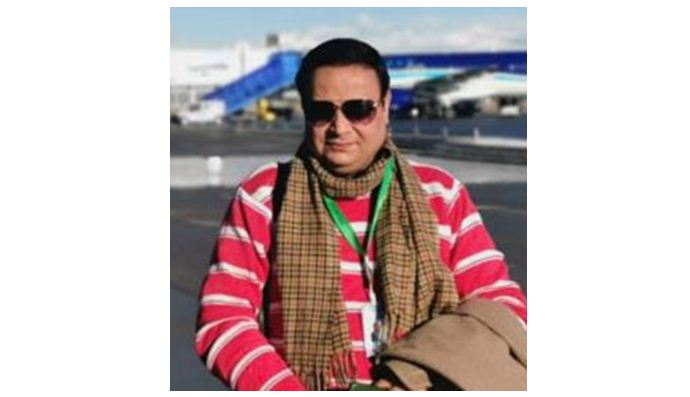 The Kingdom of Saudi Arabia has initiated many meaningful policy measures for the further strengthening of its national defense. In this context, most recently Saudi Arabia has held a joint military exercise namely “The Rumah Al-Nasr”, or “Spears of Victory” at the Air Warfare Center at King Abdul Aziz Air Base in the Eastern Province. It was concluded in the presence of Maj. Gen. Turki bin Bandar bin Abdul Aziz, commander of the Royal Saudi Air Force on February 12, 2021.

It was “multitasked” as well as “multi-purposed” joint military exercise which had certain regional as well as global “posturing” and “signaling”. It successfully disseminated clear message of befitting responses to “arch rival Iran” to “fugitive Yemeni Houthis” and trouble makers in shape of “non-state actors” to schemers of hidden agenda of political Islam that Saudi Arabia is politically united, socially harmonized  and militarily capable of defending its soil, resources, waters, shores and territorial integrity in case of any external aggression. It further enhanced Saudi Arabian armed forces professional combat and tactical preparedness.

The armed forces of Saudi Arabia demonstrated high levels of readiness in planning, preparation and implementation. It showcased a paradigm shift in ways and means of joint air, sea and land diversified but integrated operations among various branches of the armed forces.

All the participating units outperformed and demonstrated high levels of quality in their personal capabilities, professionalism and efficiency in facing the challenges. It was indeed vivid reflection of the Saudi Arabia’s visionary leadership policies towards achieving an immaculate defense system. It also enhanced its electronic warfare. It hopes that ill deigns of enemies of regional peace and drone spoilers may be handled properly in the days to come.

While attending the closing ceremony Maj. Gen. Turki bin Bandar bin Abdul Aziz said he was delighted with what he witnessed during the exercise, which is planned to be the first of many such drills.

He observed that it included three phases and the core objectives of all of them had been achieved. They included conventional and unconventional operations, and the use of systems and weapons recently acquired by the Air Force.

The exercise raised the level of combat readiness in all air, technical and support crews by applying cutting-edge skills, tactics and procedures in a real work environment. It enabled all the participating units of Saudi Arabian armed forces to plan and implement joint military operations with branches of the armed forces in a harmonious and integrated manner at the operational and tactical levels.

Electronic warfare systems and scenarios that simulate real warfare environments were also used in the exercises. It included the Royal Saudi Land Forces, the Royal Saudi Navy and the Royal Saudi Air Defense Forces which enabled the decision makers of the country to devise a grand joint defense strategy to fights against all odds to protect the pace, stability and development in the country as well as in the region.

The Air Warfare Center contributed to the development and modernization of combat plans against potential threats, the evaluation of air force capabilities, and the testing of military hardware.

In preparation for the start of the exercise, all participating air systems arrived at King Abdulaziz Air Base. The ‘Rumah Al-Nasr’ exercise was considered one of the important joint exercises, where the Air Force participates with other branches of the Saudi Armed Forces participated which further increased its preparedness level, enhance joint action, raise combat efficiency and exchange experiences.

The Air War Center at King Abdulaziz Air Base is one of the most advanced air centers which provided a very real combat environment, and an advanced ability to train air crew, technical and support services as in reality similar to modern warfare during the just concluded joint military exercise. The Air Base also contributed to the development and modernization of combat plans against potential threats. Moreover, it also contributed to the development of and assessment of the capabilities of the air force, and tests and evaluates systems and weapons in terms of their effectiveness and impact.

The exercise was conducted as a part of the preparations to develop and raise the level of competence of military forces.

The drills focusd on counterterrorism techniques such as cordon and search operations, combat patrols and dealing with improvised explosive devices (IED). Al-Samsam VII was part of a series of joint military exercises between the armed forces of Saudi Arabia and Pakistan.

Riyadh has described the Rumah Al-Nasr”, or “Spears of Victory as clear message that its armed forces is “stand united” in confronting all challenges and preserving peace and stability in the region.

Being prominent regional expert of Saudi Arabia & GCC I believe that “The Rumah Al-Nasr” exercise has developed the capabilities of the Kingdom’s forces through standardizing concepts and increasing the level of coordination and joint action in the war theater. Moreover, it also contributed to raising the level of combat readiness for all air, technical and support crews, by applying the best skills, tactics and procedures appropriate to various scenarios in a real work environment.

Critical analysis of various military strategies and defense doctrines reveal that weakness is a cruse which has serious repercussions which has to be handled with suitable, sensible and systematic military build-up in terms of electronic warfare, modernization, innovations and last but not least, motivated human capital to defend ones country.

Saudi Arabia has been striving hard to defend its national, regional and trans-regional geopolitical and geostrategic interests. Discarding of arms supplies by the USA and various EU countries is an eye-opener for Saudi Arabia. It hopes that Crown prince Muhammad Bin Salman will revisit his military policies, alliances and preferences and make a most appropriate step to defend his country. Pakistan being the only nuclear Muslim country may be an ideal choice.