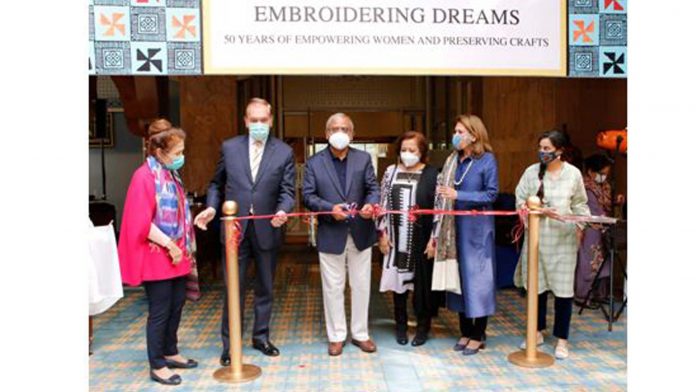 Various stalls were established where traditional items from these areas were displayed. The diplomatic community particularly evinced interest in handcrafts and hand-made traditional dresses.

The visitors and exhibitors praised Serena hotels for facilitating such an impressive event and providing the people with an opportunity of buying traditional handicrafts and other stuff. The visitors said crafts festival was nothing less than a treasure hunt and a chance to enlarge people’s collections without  burning  a hole in their pocket.

CEO Serena Hotels Aziz Boolani assured that his organization would continue to hold such events with a view to promoting cultural and traditional heritage of Pakistan.