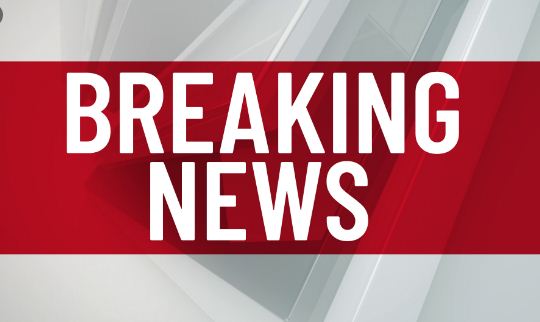 In the year 2001, Washington closed in on Afghanistan with full zeal and ambitions of rooting out then menacing threat of terrorism. The US adventure in Afghanistan has been a series of high and lows, going through all kinds of phases. Upon dividing the US stay in Afghanistan, toppling the Taliban was aimed for during the first phase. For the second phase, a military defeat of Taliban on the hands of US Army and rebuilding of state institutions was targeted.

During the third phase, after a decade, in 2011, the population was to be protected from Taliban and withdrawal of US forces after transfer of power to Afghan Military and Police was planned. This approach however, failed. Finally, US withdrawal has been the talk of town since then, and till this date, after another decade, US forces have still their feet on Afghan soil.

Now, as the world has entered in 2021, after 20 years of wasting time, resources and energy in the form of Washington’s engagement in Afghanistan, the US decided to square up with the Taliban. The mighty Washington liberal in ideology but illiberal in conviction has now potentially accepted the role of Taliban which once it toppled. The same Taliban which, according to American statements, harbored Osama’s brainchild, and provoked a conflict that turned Afghanistan into ruins. With loss of more than 160,000 lives and flushing away nearly USD 141 billion of taxpayer’s money, Uncle Sam now appears ready for a deal. This diplomatic voyage from bullet to paper took almost 20 years because perhaps United States was unable to realize or learn from Africa the fact that irrespective to reconstruction and building infrastructure, sustenance and stability of a political structure is more important. The more there is political stability the more positive outcome of the reconstruction project would be.

In this regard, the linchpin of US’s foreign policy in Afghanistan under Donald Trump and his entourage would be the Afghan deal. Even before getting elected Trump was a consistent advocate of pulling out United States’ troops from Afghanistan. There has already been much debate about the content and terms and conditions of the whole agreement. Where is it now and how and who will ensure a smooth transition of the political and social system to a new channel? What will happen to the people tired of conflict?

Many specialists have recognized the flaws in the whole procedure as there are a variety of issues that are not being addressed specially in intra-afghan talks. The agreement clearly implicates that Oval Office under Trump was not prepared to deal with Afghanistan as a whole and wanted to pull out its forces from steeps of Afghanistan. Throughout the course of Trump’s policy towards Afghanistan it was shortsighted, focusing only on the withdrawal of troops and relegating to background the problem of the Afghan authorities’ unpreparedness for such a scenario. At the same time, we must not forget that in the event of a failure of the deal, which is now not in the best stage, Afghanistan could be engulfed in a new wave of violence.

At the same time, the American administration for some reason forgets about the many existing international formats for resolving the situation in Afghanistan. All countries of the Central Asian region are interested in resolving the Afghan crisis, which is the main obstacle to regional integration and the implementation of many planned transport and energy projects. At present, the intensification of the work in this direction within the UN, OSCE and the SCO-Afghanistan contact group is obvious. And the fact is that all countries bordering Afghanistan and suffering from the growth of drug trafficking, terrorism and cross-border crimes are in these organizations as permanent members or observers.

Similarly, it can be noted that Washington in the Past period only worsened relations with countries striving for peace and integration in Central Asia and having significant authority in the above-mentioned organizations. For example, instead of sitting down at the negotiating table, even in the difficult times of the pandemic COVID-19, sanctions pressure on Iran continued, a trade was unleashed with China and Russia.

The main issues remain the approaches of the newly elected US President to solving the problem of Afghanistan and his ability to establish an equal approach to a fruitful dialogue with members of the international community interested in a peaceful settlement. However, it is important to note that the stability on Afghanistan can be ensured only through negotiations and search for compromises, as well as by promoting the country’s economic development.

The HEC Pakistan is on an imported ventilator