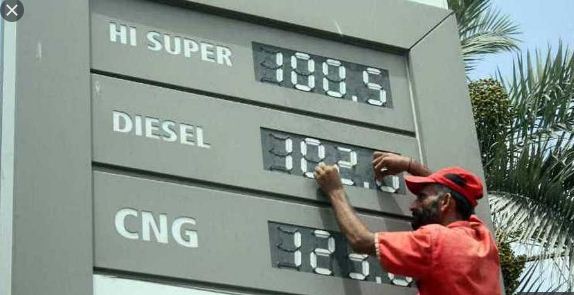 The Oil and Gas Regulatory Authority (OGRA) has forwarded its summary regarding new rates of petroleum products to the ministry. The OGRA has proposed raising Rs14 per litre on high-speed diesel.

Sources prior to the matter told that OGRA has prepared its summary on the basis of a levy of Rs30 per litre. Currently, the levy on petrol is Rs21.04 per litre. Sources said that petrol price is likely to go up by Rs5.50 and diesel Rs5.75 for remaining days of the ongoing month. The OGRA summary proposing new rates will take effect from February 16 after approval by the prime minister.

On Feb 1, the federal government had jacked up prices of petrol, diesel and other products following the approval of Prime Minister Imran Khan. The prime minister had approved Rs2.70 per litre increase on petrol and Rs2.88 per litre on diesel. The price of kerosene oil is increased up to Rs3.54 per litre while the rate of light diesel was jacked up to Rs3 per litre. Currently, petroleum prices in Pakistan are as follows: Petrol: Rs111.90, Diesel: Rs116.07, Kerosene oil: Rs80.19, Light diesel oil: Rs79.23.