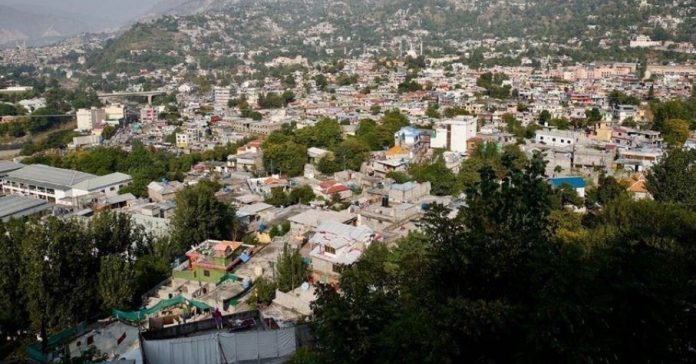 ANKARA, FEB 13 – For the third time in history, the erstwhile state of Jammu and Kashmir will go without any political representation in Rajya Sabha — the upper house of the Indian parliament.

Four members of the parliament from the region, including leader of the opposition Ghulam Nabi Azad, are retiring by the end of this week, leaving their seats vacant.

The region disputed between India and Pakistan used to send six directly elected MPs to Lok Sabha — the lower house and four members elected by the state assembly to represent Rajya Sabha, also called the house of states.

On Aug. 5, 2019, when India revoked the autonomy and divided the state into two centrally-administered territories, Lok Sabha’s seats were redistributed, with five going to Jammu and Kashmir and one to the Ladakh region.

Since 2018, when the elected state assembly was dissolved, no mechanism was left to elect representatives for the Rajya Sabha. Then, Governor Satya Pal Malik dissolved the assembly, amid speculation that the regional parties National Conference and the People’s Democratic Party (PDP) were planning a coalition to form the government.

Earlier, also the upper house was left without any representation from the disputed region from April 1994 to October 1996, as there was no elected assembly from 1991 to1996.

The seats remained vacant also for three months from November 2008 to February 2009, when the state was under the governor’s rule.

In 1991-1996, the state lacked representation in Lok Sabha as well, because due to the volatile security situation parliamentary elections could not be conducted in 1991.
40 MPs represented region in Rajya Sabha

Since 1952, when the first batch of four members was elected by the state’s Constituent Assembly to occupy seats in Rajya Sabha, 40 people have represented Jammu and Kashmir.

Azad, who was also the chief minister of the region in 2005-2008, has been a member of the house five times — four times from Jammu and Kashmir, and once from the western state of Maharashtra.

Tirath Ram Amla, a politician from the Jammu division, was a member of the house four times from 1967 to 1985, followed by Saifudin Soz, who has represented the region thrice.

Speaking to Anadolu Agency over the phone, outgoing MP Nazir Ahmed Laway said he was hoping for the restoration of statehood and an elected assembly in the region soon. He said six years ago he had become an MP when the state comprised Jammu and Kashmir and Ladakh.

Azad also said that in the absence of assembly and local representatives, he is receiving lots of delegations who come from Kashmir to Delhi seeking his intervention in one or the other.

“The state is without an assembly for the past two-and-a-half years. If there was any local elected representative, the people would go to him for grievances. They come all the way to Delhi spending their resources,” he said.

Currently, a delimitation commission headed by former Supreme Court judge Ranjana Desai is working to demarcate boundaries of the constituencies afresh to increase seats in the state assembly.

“We are expecting to complete the exercise in the next two months. After this exercise, the central government may decide to conduct assembly elections,” said a member of the commission, who requested anonymity.

According to the Jammu and Kashmir Reorganization Act adopted by the Indian parliament in August 2019, the number of seats in the assembly will rise from 107 to 114. The 24 seats reserved in the Jammu and Kashmir Assembly for the areas under Pakistan’s administration will remain untouched. Also, in the next assembly, few seats will be reserved for the lower caste Hindus and tribal areas.

Though India had adopted the procedure for adult suffrage in the matter of Lok Sabha or lower house election in 1952, this procedure was implemented in Jammu and Kashmir in 1967. Before that, MPs were nominated to represent the state in the lower house.
Frequent central rule

The state has also remained under the direct central rule for over 10 years in the past 30 years. In 1990, when armed resistance broke in the region, Chief Minister Farooq Abdullah’s National Conference-led government resigned. It continued until October 1996, when the assembly elections were held under an unprecedented security cordon.

After the 2014 assembly polls threw up a fractured mandate, the state again remained under the central rule for 52 days before the BJP and PDP formed the government in March 2015.

The central rule was again imposed in January 2016 for 87 days after the then-Chief Minister Mufti Muhammad Sayeed passed away until his daughter Mehbooba Mufti was elected to lead the alliance.

This government collapsed on June 19, 2018, after the BJP withdrew its support. Until then, the state was under the central rule.

The upper house of the Indian parliament is a permanent house having a maximum of 245 members, of which 233 are elected by the state assemblies using single transferable votes through an open ballot. The Indian president can appoint 12 members for their contributions to art, literature, science, and social services.

The upper house has limited powers in passing money bills like the annual budget. If Rajya Sabha fails to return the money bill to Lok Sabha within 14 days, that bill is deemed to have been passed by both the parliaments.

But in terms of making laws for the states, this house has powers to pass a resolution by a two-thirds supermajority granting such power to the parliament.

Otherwise, under the Indian constitution, the central government cannot make a law on a matter reserved for states without any authorization from Rajya Sabha. Prime Minister Narendra Modi-led government used this clause to divide the state of Jammu and Kashmir.

The elected members of the state assemblies are allowed to vote in a Rajya Sabha election. The legislators send a batch of new members to the upper house every two years for a six-year term.

A third of members of this permanent house from each state retire once in two years and polls are held to fill up the vacancies. In addition, vacancies that arise due to resignation, death, or disqualification are filled up through by-polls after which those elected serve out the remainder of their predecessors’ term.

The election is held on the principle of proportional representation by a single transferable vote, which means a bloc of members belonging to one or more parties can elect an MP of their choice if they have the requisite numbers. This is to avoid the principle of majority, which would mean that only candidates put up by the ruling parties in the respective states will be elected.

A single transferable vote means that electors can vote for any number of candidates in order of their preference. Care has been taken that the ruling party with two-third of the majority does not take all seats.

As a measure to check rampant cross-voting, the assembly member shows his or her marked ballots to the party’s authorized agent before putting them into the ballot box.