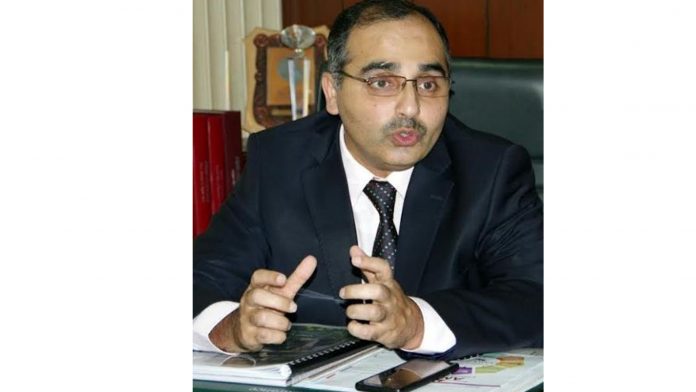 ISLAMABAD, FEB 7 (DNA) – The Friends of Business & Economic Reforms (FEBR) President Kashif Anwar on Sunday said the government has to formulate long-term and consistent policies for high industrial growth and sizeable improvement in exports, as Pakistan’s export has been stagnant for a long time.

Kashif Anwar observed that the output of Pakistan’s large industries has improved by around 7.5% in the first five months of current fiscal owing to sustained growth momentum, which is a ray of hope for economic revival. He said that cut in interest rate and reduction in duties on raw materials is expected to further spur economic activities in the current fiscal year.

He said that the growth has now broken a cycle of constant contraction in past over one year. He was hopeful that present trend of positive growth in large-scale manufacturing (LSM) will help achieve the annual economic growth target, besides creating jobs for skilled and unskilled workers.  Unless attention is paid to all factors that hamper industrial and exports growth, the country might not be able to achieve the desired results, he warned.

He said that businesses had been bearing the brunt of very high interest rate, issues of the Federal Board of Revenue and high energy prices. The sectors which registered a dip in their production included iron and steel whose production fell 3.7%, electronics 18%, leather products 43%, engineering products 32.6% and wood products 65% during the July-November period.

He said that the World Bank released a new report, which showed a gloomy picture of Pakistan’s economy. On a month-on-month basis, the LSM sector showed only 1.4% growth in November over Oct 2020. Data collected by the Oil Companies Advisory Committee showed that 11 types of industries registered average growth of just 0.09% in the first five months of current fiscal year. He said that Pakistan needs 6-7% annual economic growth to reduce poverty and unemployment.

He said that the Large-Scale Manufacturing sector registered a cumulative growth of 7.5% in July-Nov of current fiscal year, but industry has not yet achieved the production levels seen before the first wave of the coronavirus hit the country in Feb last year.

He said that industrial production after suffering months of damage inflicted by the corona pandemic mainly in the construction, sugar, automobile, and pharmaceutical sectors is now clearly reflecting a revival in economic activities in the country.

For the current fiscal year the government had set the economic growth target at 2 percent, which will be better in the current economic situation but is not enough to create jobs for a growing population. Out of 15 major sectors, 10 sectors recorded positive growth while output of five sectors contracted in the first five months of current fiscal year.

The LSM sector recorded a 14.5% year-on-year growth in Nov, which is the highest LSM growth but it is also the fact the index was still below the level of 160 points recorded in March last year, as the index jumped to still 147 in Nov 2020.=DNA