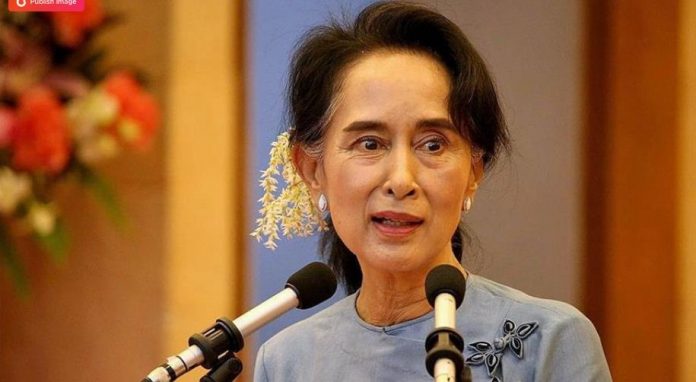 JAKARTA, FEB 5 – The Myanmar authorities arrested an aide to the ousted leader Aung San Suu Kyi, an official of her party said Friday.

The aged man traveled around 367 kilometers (228 miles) from his home in the capital Nay Pyi Taw to the country’s largest city Yangon to stay with his daughter. The police raided the daughter’s house and brought him back to the capital, Nyunt said. He is being held at a police station there.

Meanwhile, a human rights body of the Association of Southeast Asian Nations (ASEAN) has urged Myanmar to uphold and abide by the values enshrined in the organization’s charter and the declaration on human rights.

“We recall the purposes and principles enshrined in the ASEAN Charter, including adherence to the rule of law, good governance, and the principles of democracy and constitutional government,” the bloc’s Intergovernmental Commission on Human Rights said in a statement issued on Friday.

The statement was jointly released by the right commission’s representatives including, Yuyun Wahyuningrum from Indonesia, Eric Paulsen from Malaysia, Dr. Shashi Jayakumar from Singapore and Amara Pongsapich from Thailand.

They also urged Myanmar to comply with other regional organization’s principles, including “the promotion and protection of human rights and respect for fundamental freedom.”

Supporting the ongoing democratization and peace process in Myanmar, the representatives called on all parties to resolve conflicts through legal processes and peaceful dialogue.

“We look forward to a democratic and peaceful outcome that is in accordance with the will and interests of the people of Myanmar,” said the statement.

Myanmar’s military, officially known as the Tatmadaw, declared a state of emergency on Monday, hours after detaining the country’s President Win Myint, de facto leader, and State Counselor Suu Kyi and other senior members of her NLD party.

Suu Kyi served the country from 2016 to 2021 following a long struggle for democracy in the nation that earned her the Nobel Peace Prize in 1991. But her silence over the massacre of Rohingya Muslims and defense of the military’s genocide at the international court drew harsh criticism across the globe.

The coup took place hours before the first session of the country’s new parliament was set to convene following elections last November in which Suu Kyi’s party made sweeping gains. The military claimed the coup was staged due to “election fraud” in the polls, which it said resulted in the dominance of the ruling party in parliament.