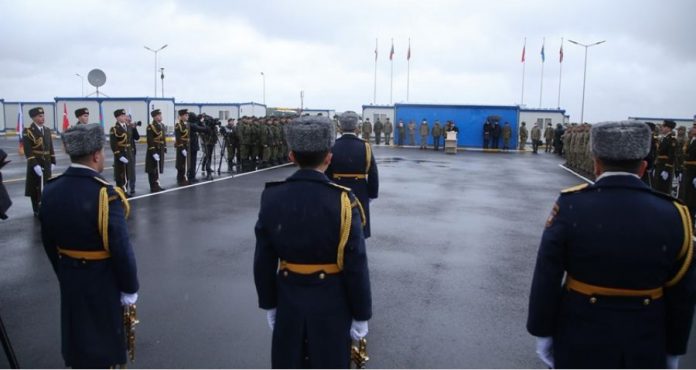 ANKARA, FEB 1 – A joint Turkish and Russian center to monitor a cease-fire deal between Azerbaijan and Armenia will play a significant role in maintaining permanent peace in Upper Karabakh, Turkey’s national defense minister said on Monday.

“The joint center was opened and started to operate. We hope that the cease-fire will become permanent with the contribution of this center, together with all other efforts carried out to ensure stability, peace and tranquility in the region,” Hulusi Akar said in a videoconference of top military officials.

Akar expressed hope that the countries in the region will respect each other’s rights and interests in line with international law.

The Turkish general working at the joint center also attended the meeting. Akar gave several instructions to the commander who briefed the meeting about the situation and activities in the field.

The joint center to monitor a cease-fire deal between Azerbaijan and Armenia became operational on Saturday.

Established in the Merzilli village of the Aghdam region, the center will monitor the implementation of the Russian-brokered agreement which was reached in November after six weeks of intense fighting.

Following the Nov. 10 truce, Turkey and Russia signed a memorandum of understanding to set up a joint center to monitor the peace deal on Azerbaijani territories liberated from Armenia’s occupation.

Relations between the former Soviet republics of Armenia and Azerbaijan had been tense since 1991, when the Armenian military occupied Nagorno-Karabakh, internationally recognized as an Azerbaijani territory, and seven adjacent regions.

During the 44-day conflict, Azerbaijan liberated several cities and nearly 300 settlements and villages from the nearly three-decade-long occupation.

Despite the Nov. 10 deal ending the conflict, the Armenian army several times violated the agreement and martyred several Azerbaijani soldiers and a civilian, according to the Azerbaijani Defense Ministry.

The truce is seen as a victory for Azerbaijan and a defeat for Armenia.