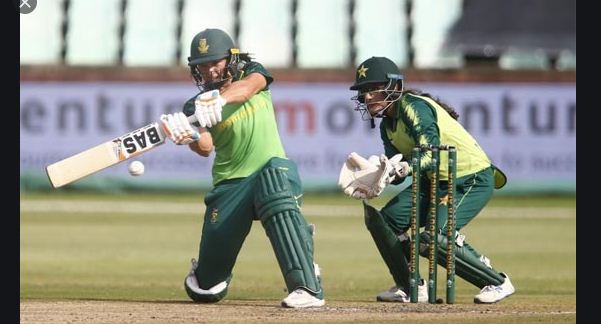 DURBAN, FEB 01 DNA) – South Africa Women took an unassailable 2-0 lead in the three-match T20I series against Pakistan Women with an 18-run win in the second match played at the Kingsmead Durban.

Set a 134-run target, Pakistan finished their 20 overs at 115 for seven. Pakistan’s chase got off to a poor start as the first four wickets fell with just 20 runs on the board in six overs. Pacer Shabnim Ismail was the star performer for South Africa in their bowling effort as she took five wickets for 12 runs in her four-over spell.

Ismail took the wickets of Ayesha Zafar, Muneeba Ali and Nida Dar in her opening spell and then added the scalps of captain Aliya Riaz and Ayesha Naseem to complete her five-wicket haul.

Pakistan had slumped to 48 for five in 12.2 overs, the chase was revived by Aliya and Ayesha Naseem, the pair added 65 runs for the sixth-wicket but their effort went in vain as the asking rate kept climbing with the target eventually going out of Pakistan’s reach.

Aliya top-scored with 39 off 40 balls (three fours, one six), Ayesha scored 33 off 22 balls with the help of two fours and a six. Earlier, Pakistan restricted South Africa to 133 for five following Aliya’s decision to bowl first.

Pakistan bowled tight lines and denied the hosts scoring opportunities as 22 out of the 36 powerplay deliveries were dot balls. Anam Amin, the left-arm orthodox, bowled 12 of them as her three overs from the first six brought her one wicket – of Lizelle Lee, who made six off 12 – for just nine runs.

Pacer Diana Baig provided the support from the other end as her two overs allowed South Africa to get only eight runs. By the end of the powerplay, the hosts were 22 for one.

They, however, staged a fight back, thanks to Tazmin Brits, who scored her second consecutive half-century. Brits smashed eight fours and a six in her 58-ball 66, before she was dismissed on the first ball of the 20th over by Aimen Anwar (one for 23 in four overs).

It was the right-handed batter’s 35-run stand for the third-wicket with Laura Wolvarrdt (13 off 10) that set the stage for the hosts to take 90 runs off the last 10 overs, 49 of which were made in the last five.

Anam returned to deliver her final over – 17th of the innings – and induced a leading edge off Mignon du Preez after conceding 12 off the first four balls to finish off with two for 21.