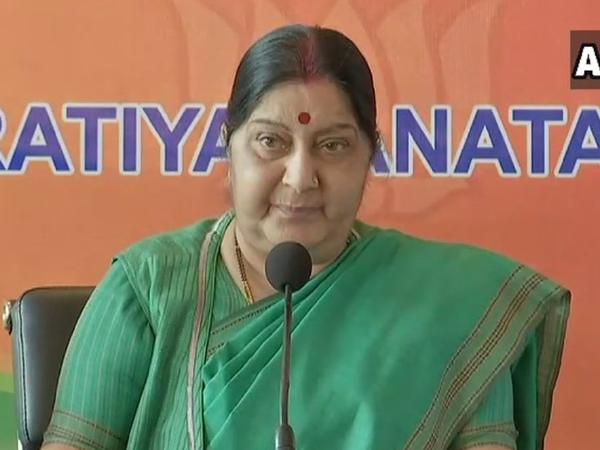 NEW DELHI, (DNA) – India on Wednesday put to rest any speculation over Prime Minister Narendra Modi travelling to Pakistan to attend the SAARC Summit.Addressing the press, External Affairs Minister Sushma Swaraj categorically stated that there was no way PM Modi would travel to Pakistan for the summit of the South Asian Association for Regional Cooperation (SAARC) regional grouping.

The minister said no dialogue can take place between India and Pakistan till the time the latter puts a curb on terrorist activities emanating from its soil. “PM Narendra Modi will not go to Pakistan to attend the SAARC Summit,” she declared.

“For many years, the Indian government has been asking for this (Kartarpur) corridor, only now Pakistan responded positively. It doesn’t mean the bilateral dialogue will start because of this, terror and talks can’t go together,” Swaraj said.

On Tuesday, Pakistan had said that it will invite PM Narendra Modi for the SAARC Summit scheduled to be held later this year. Pakistan’s Foreign Office spokesman Dr Mohammad Faisal had told a news conference in Islamabad that Prime Minister Imran Khan, after being sworn-in in August, had said that Pakistan was ready to take two steps forward if India took one. “We fought a war with India, relations cannot be fixed quickly,” Faisal said.

The last SAARC Summit in 2016 was cancelled after India expressed its inability to attend following the terror attack at an Army camp in Uri. India had said that under the “prevailing circumstances”, it would not be able to attend the summit. Nineteen soldiers were killed in the September 18 attack.

After India, Bangladesh, Bhutan, and Afghanistan also chose not to participate in the Islamabad summit, leading to its cancellation.

LEADERS OF UAE TRANSFORMED THE COUNTRY INTO AN ENVY OF THE REGION: BILAWAL