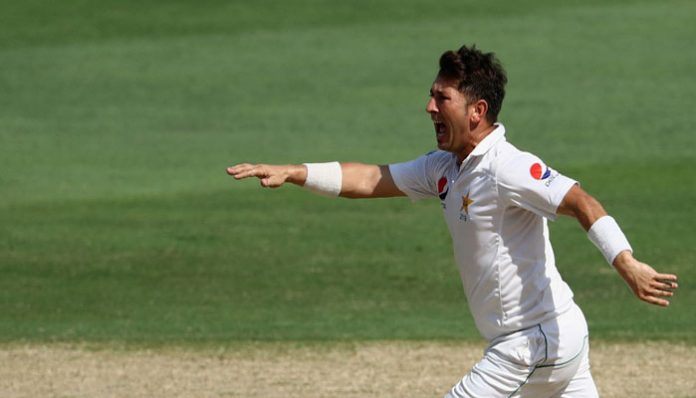 DUBAI: (DNA) –  Leg-spinner Yasir Shah took three wickets in an over to leave New Zealand rattled at 63-4 at lunch on the third day of the second Test in Dubai on Monday.The wily spinner had opener Tom Latham (22), Ross Taylor (nought) and Henry Nicholls (nought) as the match spurned into life after an hour´s delay due to overnight rain and drizzle in the morning.

At the break skipper Kane Williamson was unbeaten on six and with Bradley-John Watling on one as New Zealand still trail Pakistan´s first innings total of 418-5 declared by 355 runs.

It was damp morning as rain had forced umpires to inspect the conditions but an excellent drainage system at Dubai stadium did not delay the match by more than an hour.