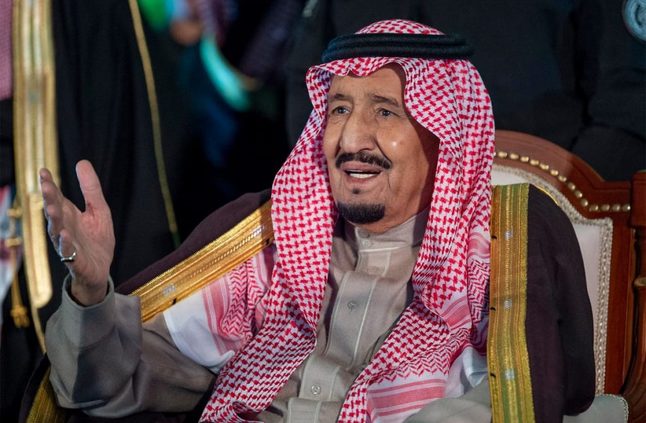 TABUK, (DNA) – Custodian of the Two Holy Mosques King Salman bin Abdulaziz Al Saud this evening graced the reception held by of the people of Tabuk region on the occasion of the king’s visit to the region in the presence of His Royal Highness Prince Mohammed bin Salman bin Abdulaziz, the Crown Prince, Vice President of the Council of Ministers and Minister of Defense.

The Custodian of the Two Holy Mosques was received upon his arrival at the headquarters of the ceremony at King Khalid Sports City in Tabuk by Prince Fahd bin Sultan bin Abdulaziz, the Governor of Tabuk region.

Upon the arrival of the Custodian of the Two Holy Mosques King Salman bin Abdulaziz Al Saud at the main podium, he was warmly welcomed by the people.

Then, the royal anthem was played and then the ceremony began with verses from the Holy Quran.

A march by the people of Tabuk region was followed by a speech by Prince Fahd bin Sultan bin Abdulaziz, the Governor of Tabuk Region, who warmly welcomed the king.

Then, the speech of the people of the region was delivered. It was followed by a number of poems and arts.

A group of distinguished people of the region were honored by the king who and His Royal Highness the Crown Prince received memorial gifts from the governor.

Afterwards, a banquet for the king and those attending was held by the governor.

The ceremony was attended by a number of princes and senior officials.