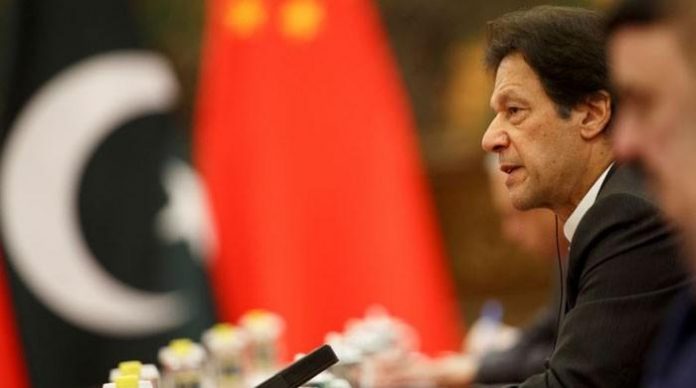 BEIJING: (DNA) –  Prime Minister Imran Khan, who is in Beijing on four-day official visit, called on  Chinese counterpart Li Keqiang and laid a floral wreath at the Heroes Monument at Tiananmen Square on Saturday.

Imran khan was given guard of honour, and National anthems of Pakistan and China were also played upon his arrival at Tiananmen Square.

On Friday, Prime Minister Imran Khan held a meeting with Chinese President Xi Jinping at the Great Hall of the People.

In his talks with President Xi, Prime Minister Imran Khan said that his government was keen to learn from China’s experience in poverty alleviation and anti-corruption, adding  that  he had followed President Xi as a statesman during his political career spanning over 22 years.

During meeting, according to sources, the prime minister took the Chinese leader into confidence over third country investment in China-Pakistan Economic Corridor (CPEC).

Ulemas-Mashaykh of Pakistan reject US report on religious freedom