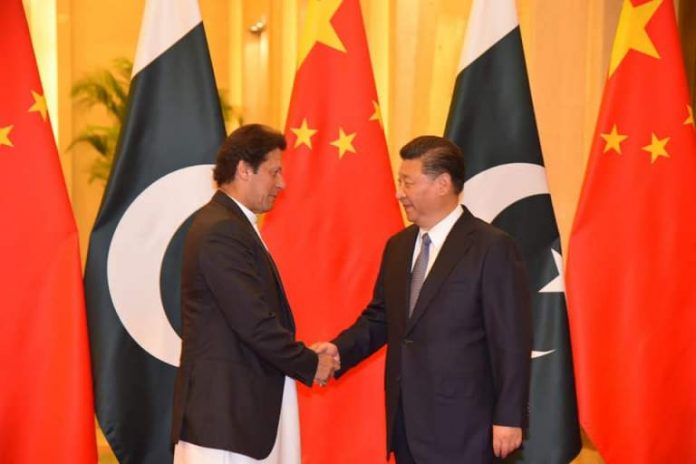 BEIJING , (DNA) Prime Minister of Pakistan, Imran Khan met with Chinese President Xi Jinping on his first visit to China since assuming  office, on Friday.Both sides are also expected to sign several agreements and MoUs of cooperation in diverse fields.In the meeting, both leaders reinforced their shared commitment to taking their all-weather and time-tested friendship to new heights and to further strengthen the existing ties between Islamabad and Beijing for the benefit of the region. 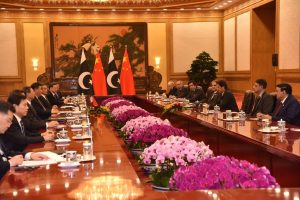 Pakistan wants to learn from China’s experience in poverty alleviation and curbing corruption, said the premier.

PM Imran Khan on Friday met with President Xi on his first visit to China since assuming office. The PM arrived in Beijing on five-day official visit at the invitation of the Chinese leadership.

During meeting, according to sources, the prime minister took the Chinese leader into confidence over third country investment in China-Pakistan Economic Corridor (CPEC).

“My party has only been in power for two months. Unfortunately we have inherited a very difficult economic situation,” Khan said.

“Countries go in cycles. They have their high points, they have their low points. Unfortunately, our country is going through a low point at the moment with two very big deficits, a fiscal deficit and a current account deficit. And so we, as I’ve said, have come to learn.”

Xi told Khan that he highly valued the two country’s relations, reaffirming they were “all-weather” friends.

“I attach great importance to China-Pakistan relations and am willing to work together with the prime minister to strengthen the China-Pakistan all-weather strategic partnership and build a new era of China-Pakistan destiny,” Xi said.

The prime minister will also attend China International Import Expo (CIIE) on November 5 in Shanghai. He will participate in the opening ceremony of the CIIE, and deliver a keynote speech.

Earlier this week, the Chinese foreign ministry had said that the PM Imran’s visit would provide an opportunity for the leaders of the two countries to open a new chapter of the development of bilateral relations under the new circumstances.

The two countries are close friends, good neighbours and development partners. The bilateral relationship has withstood the test of times. Regardless of domestic or international changes, this close friendship has served as a model of state-to-state relations for other countries.