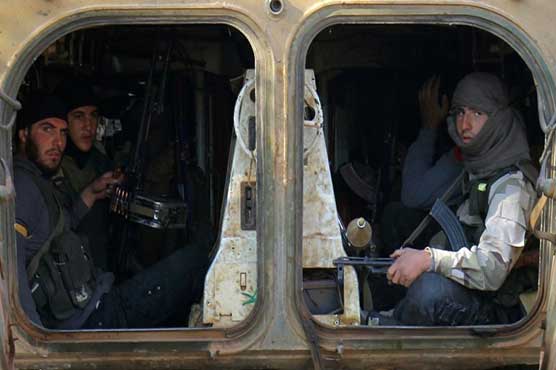 ISTANBUL (DNA) – Syrian rebels completed the withdrawal of heavy weapons from the frontline in Idlib on Monday, under the deal between Russia and Turkey to create a demilitarised zone.Under the agreement struck last month between Turkey and Moscow, the main backer of Syrian President Bashar al-Assad, rebels deemed as radicals are required to withdraw by the middle of this month from the zone, and heavy weaponry must be withdrawn by Oct. 10.

The Turkey-backed National Front for Liberation (NFL) rebel alliance said on Saturday that the process of withdrawing heavy weapons had begun.

Anadolu gave no further details about the withdrawal of heavy weapons from the frontline. Earlier, it said the rebels were expected to clear the demilitarised zone by Monday.

Other Syrian rebels are due to remain within the demilitarised zone to assist Turkish troops monitoring and patrolling the area, the NFL has said.

The Turkey-Russia agreement halted a threatened Syrian government offensive. The United Nations had warned such an attack would create a humanitarian catastrophe in the Idlib region, home to about 3 million people.

The main jihadist group in the Idlib area, Tahrir al-Sham, has yet to say whether it will comply with the agreement.