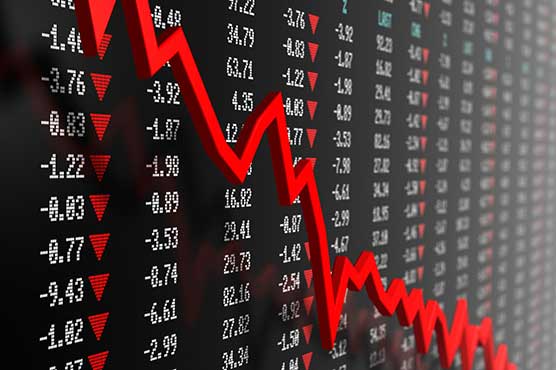 During the day, Pak Rupee also weakened by another 1.5percent in Open (Kerb) Market to Rs129.5 against the greenback. Blood bath continued at the capital market with index plunging by 3.4 percent touching almost two year low market as the investors were disturbed over the conditions laid down by the International Monetary Fund to acquire loans such as rise in electricity rates, interest rate and depreciation of domestic currency.

The selling extended the onslaught of bears where index lost 1328 points and market capitalization wiped out by Rs336 billion.

On December 19, 2017 closing witnessed at 37919 points whereas the Monday’s closing was at 37898 points, so the last closing of the surfaced around 37783 points on June 30, 2016. This revealed that the market has been now under tremendous pressure and closed nearly two year low.

Shumaila Badar, head of research from Ismail Iqbal Securities said that the market’s meltdown continued as investors were fearful that the government will take tough austerity measures upon IMF s guidance. These measures could include further hike in gas and electricity tariff hikes, further rupee devaluation and rise in interest rates.

Although Banks and Oil and Gas E&P Sector will gain from such measures, they could also not escape from the overall panic in the market. Investors were also fearful about the ongoing meetings between the government and FATF.

“The rout may continue, but we advise to start accumulating Banks and E&P as these sectors should recover”, she said.

All the analysts last week predicated that market to face a storm and it landed spreading scare among the investors the biggest factor was the indecisive ness of the government on IMF loan package and arrest of the former chief minister of Punjab Shahbaz Sharif which said temperature rising on economic and political fronts.