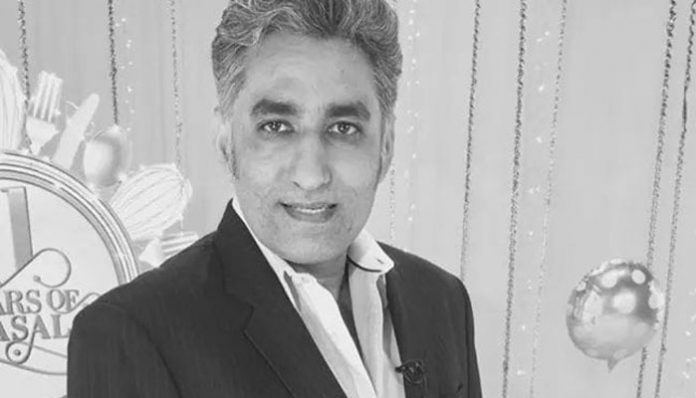 ISLAMABAD, (DNA) – Tahir Chaudhry, one of Pakistan’s renowned culinary experts, passed away on Saturday evening after a cardiac arrest.The chef’s sudden demise was reported by the local cooking channel he had been associated with since long.

The chef was spotted earlier amidst the cooking channel’s anniversary celebrations.

Chaudhry had worked as a chef in France, Italy and Dubai before he started working in Pakistan.

Following the news of his demise, social media users expressed their remorse, sending prayers to the deceased and his family.