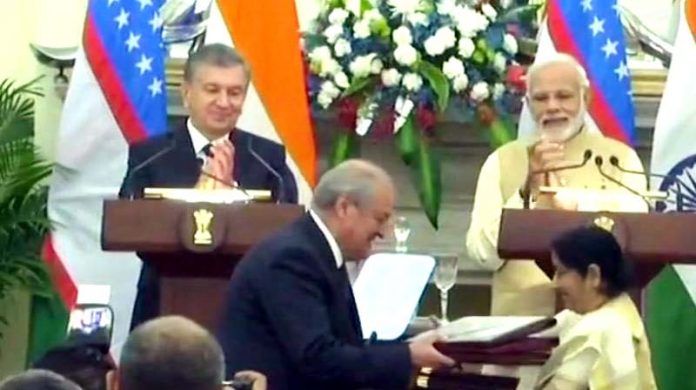 NEW DELHI,  (DNA) –  India and Uzbekistan inked 17 agreements on Monday, including for visa free travel for diplomatic passport holders and cooperation in the fields of tourism, national security, training of diplomats and trafficking.Prime Minister Narendra Modi and Uzbekistan’s President Shavkat Mirziyoyev held delegation level talks and agreed to collaborate with each other across sectors.

The agreements signed between the two countries included collaboration on military education, agriculture and allied sectors, cooperation on science and technology and in the field of health and medical science.

An MoU was also signed on cooperation in the pharma sector. The two countries have also agreed to cooperate in combating trafficking and illicit narcotic drugs.