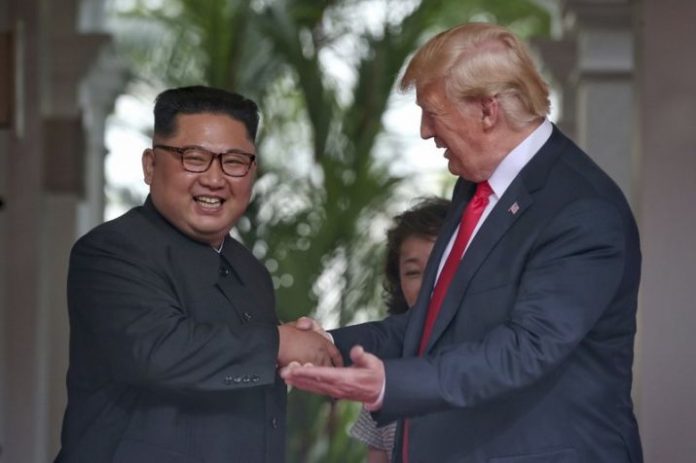 WASHINGTON, (DNA) – United States President Donald Trump said he and North Korean leader Kim Jong have gotten along so well that they “fell in love.”Trump’s light humorous remarks came after Pyongyang’s top diplomaat said there was “no way” the country would disarm under current conditions.

He (Kim Jong) wrote me beautiful letters, Trump said during a rally in Wheeling, West Virginia.

“And they are great letters, we fell in love,” he quipped.

Trump looked optimistic on his country’s relations with North Korea in the present time.

He said his efforts to improve relations with Kim have brought positive results – ending rocket tests, helping free hostages and getting the remains of American servicemen returned home.

He also said that the North Korean leader was interested in a second meeting. The first meeting between both the countries in Singapore in June this year was seen as a big step toward denuclearisation of North Korea by Trump.