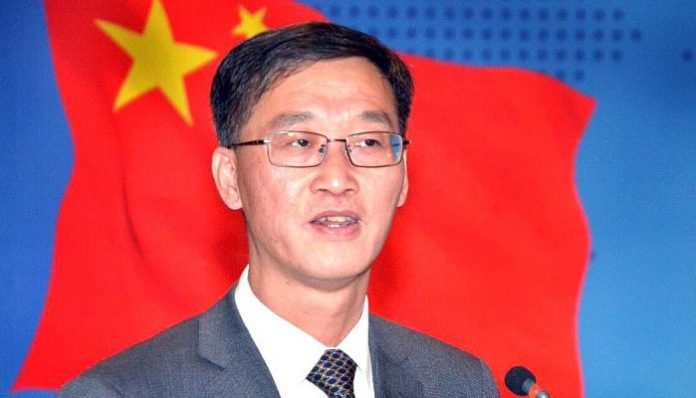 ISLAMABAD: (DNA) –  China’s Ambassador to Pakistan Yao Jing has said that Beijing was open to changes proposed by the new government and will definitely follow their agenda to work out a roadmap for the BRI projects based on mutual consultation.

China’s Foreign Ministry said, in a statement in response to questions faxed by Reuters, that both sides were committed to pressing forward with BRI projects, “to ensure those projects that are already built operate as normal, and those which are being built proceed smoothly”.

Pakistani officials say they remain committed to Chinese investment but want to push harder on price and affordability, while re-orientating the China-Pakistan Economic Corridor (CPEC) — for which Beijing has pledged about $60 billion in infrastructure funds — to focus on projects that deliver social development in line with Khan’s election platform.

But to Islamabad’s frustration, Beijing is only willing to review projects that have not yet begun, three senior government officials have said. After lengthy delays, a $8.2 billion revamp of a colonial-era rail line snaking from the Arabian Sea to the foothills of the Hindu Kush has become a test of Pakistan’s ability to rethink signature Chinese ‘Silk Road’ projects due to debt concerns.

The rail mega project linking Karachi to Peshawar is China’s biggest Belt and Road Initiative (BRI) project in Pakistan, but Islamabad has balked at the cost and financing terms. Islamabad’s efforts to recalibrate CPEC are made trickier by its dependence on Chinese loans to prop up its vulnerable economy.

Resistance has stiffened under the new government of populist Prime Minister Imran Khan, who has voiced alarm about rising debt levels and says the country must wean itself off foreign loans.

“We are seeing how to develop a model so the government of Pakistan wouldn’t have all the risk,” Khusro Bakhtyar, minister in Pakistan’s planning ministry, told reporters recently.

The cooling of enthusiasm for China’s investments mirrors the unease of incoming governments in Sri Lanka, Malaysia and Maldives, where new administrations have come to power wary of Chinese deals struck by their predecessors.

Pakistan’s new government had wanted to review all BRI contracts. Officials say there are concerns the deals were badly negotiated, too expensive or overly favoured China. Growing fissures in relations with Pakistan’s historic ally the United States have also weakened the country’s negotiating hand, as has a current account crisis likely to lead to a bailout by the International Monetary Fund, which may demand spending cuts.

“We have reservations, but no other country is investing in Pakistan. What can we do?” one Pakistani minister said. The ML-1 rail line is the spine of country’s dilapidated rail network, which has in recent years been edging towards collapse as passenger numbers plunge, train lines close and the vital freight business nosedives.

Khan’s government has vowed to make the 1,872-km line a priority CPEC project, saying it will help the poor travel across the vast South Asian nation. But Islamabad is exploring funding options for CPEC projects that depart from the traditional BRI lending model — whereby host nations take on Chinese debt to finance construction of infrastructure — and has invited Saudi Arabia and other countries to invest.

One option for ML-1, according to Pakistani officials, is the build-operate-transfer (BOT) model, which would see investors or companies finance and build the project and recoup their investment from cashflows generated mainly by the rail freight business, before returning it to Pakistan in a few decades time.

Yao, the Chinese envoy, said Beijing was open to BOT and would “encourage” its companies to invest. Rail mega-projects under China’s BRI umbrella have run into problems elsewhere in Asia. A line linking Thailand and Laos has been beset by delays over financing, while Malaysia’s new Prime Minister Mahathir Muhammad outright cancelled the Chinese-funded $20 billion East Coast Rail Link (ECRL).

Beijing is happy to offer loans, but reticent to invest in the Pakistan venture as such projects are seldom profitable, according to Andrew Small, author of a book on China-Pakistan relations. “The problem is that the Chinese don’t think they can make money on this project and are not keen on BOT,” said Small.

During President Xi Jinping’s visit to Pakistan in 2015, the ML-1 line was placed among a list of “early harvest” CPEC projects that would be prioritised, along with power plants urgently needed to end crippling electricity shortages. But while many other projects from that list have now been completed the rail scheme has been stuck.

Pakistani officials say they became wary of how early BRI contracts were awarded to Chinese firms, and are pushing for a public tender for ML-1. Partly to help with price discovery, Pakistan asked the Asian Development Bank (ADB) to finance a chunk of the rail project through tendering.

The ADB began discussions on a $1.5-2 billion loan, but China insisted the project was “too strategic”, and Islamabad kicked out the ADB under pressure from Beijing in early 2017, according to Pakistani and ADB officials. “If it’s such a strategic project then it should be a viable project for them to finance on very concessional terms or invest in?” said one senior Pakistani official familiar with the project, referring to the BOT model.

China’s foreign ministry said Beijing was engaged in “friendly consultations” with Pakistan on the rail project. Chinese companies participated in BRI projects in an open and transparent way, “pooling benefits and sharing risks”, it said.

Analysts say Pakistan will struggle to attract non-Chinese investors into the project, which may force it to choose between piling on Chinese debt or walking away from the project.

In 2017, Pakistan turned down Chinese funding for a $14 billion mega-dam project in the Himalayas due to cost concerns and worries Beijing could end up owning a vital national asset if Pakistan could not repay loans, as occurred with a Sri Lankan port.

Khan’s government chafes at several Chinese intercity mass transport projects in Punjab, the voter heartland of the previous government, which now need hundreds of millions of dollars in subsidies every year.

They also fume about the risk of accumulating off-books sovereign debt through power contracts, where annual profits of above 20 percent, in dollar terms, were guaranteed by the previous administration.

With the ML-1 line, there are also those who harbour doubts closer to home, including the previous government´s finance minister, Miftah Ismail, who said his ministry had always had concerns about its viability. “When people say it’s a project of national importance, that usually means it makes no sense financially,” he said.