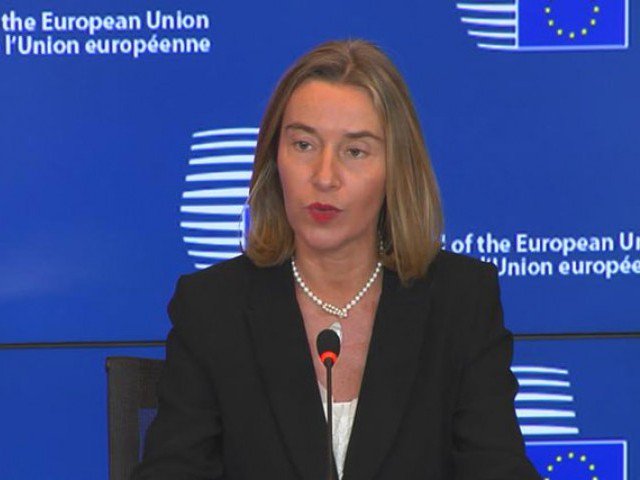 BRUSSELS: (DNA) – As doubts grow over China’s vast “Belt and Road” trade infrastructure project, the EU is launching an alternative plan for Asia that it says will not saddle countries with debt they cannot repay.EU member countries are expected to sign off on the new “Asia connectivity strategy” – which aims to improve transport, digital and energy links while promoting environmental and labour standards – in time for a major summit of European and Asian leaders next month.

Brussels insists the scheme is not a response to any other player, but its launch comes as the sheen fades on Beijing’s “new Silk Road” initiative, which envisions railways, roads and ports being built across the globe using billions of dollars in Chinese loans.

Federica Mogherini, the EU’s diplomatic chief, said talks have been going on for several months with a number of Asian countries that were “interested in looking at the European way”.

“Our initiative will aim at creating jobs and economic growth and benefits for the local communities,” she told reporters.

“I would not say if this is different from other’s proposal but this is our proposal.”