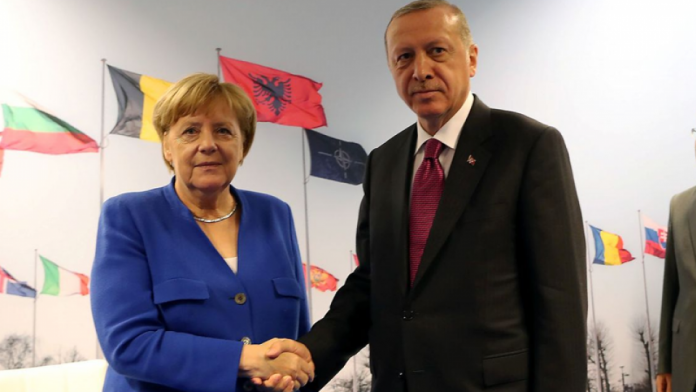 FRANKFURT AM MAIN: (DNA) –  Turkish President Recep Tayyip Erdogan will pay a state visit to Germany this week as the two countries seek to rebuild ties after a series of sharp spats but the controversial trip is likely to be overshadowed by protests.

It will be Erdogan’s first official visit to Germany since becoming president in 2014, and follows a prolonged bout of tensions sparked by Berlin’s criticism of his crackdown on opponents in the wake of a failed 2016 coup.

“The main goal of this visit is to completely leave behind this period (of tensions),” Erdogan told Turkish media.
The Turkish leader will land in Berlin Thursday and hold talks with Chancellor Angela Merkel over the following two days.

German President Frank-Walter Steinmeier will welcome him with military honours and a state dinner at Bellevue Palace on Friday — which several opposition politicians have vowed to boycott. Merkel too will be notably absent.On Saturday, Erdogan will travel to Cologne to open one of Europe’s largest mosques, commissioned by the Turkish-controlled Ditib organisation.

Commentators have been quick to point out that Erdogan’s push for a fresh start comes as the Turkish economy is struggling and relations with the United States have worsened.