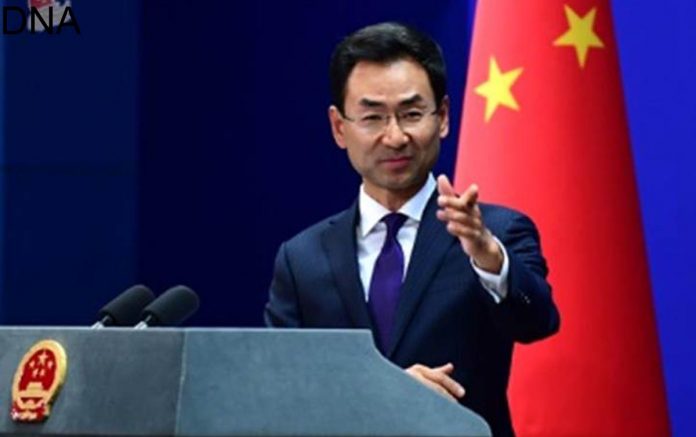 BEIJING, (DNA) – China govt has clarified Chinese Ambassador meeting with Minister Qadri. The statement says  that Pakistan’s Minister for Religious Affairs met with Chinese Ambassador in Islamabad last week and raised concerns about China’s restrictions on Muslims in Xinjiang. Do you have any comment on this?

On September 19, Chinese Ambassador to Pakistan Yao Jing met with Pakistan’s Minister for Religious Affairs Qadri, during which our two sides had good communication on China-Pakistan relations and the China-Pakistan Economic Corridor.

The Chinese side commends the efforts made by the Pakistani government to promote religious harmony. Our two sides share the same position on religious issues.

In the information released by the Associated Press of Pakistan on that day, the meeting was reported in an accurate way. However, some foreign media made unfounded and distorted reports on the meeting. China is firmly opposed to that.

The Chinese government governs and develops Xinjiang in accordance with law. A host of policies and measures have been introduced to promote stability, development and solidarity and improve people’s livelihood in Xinjiang, thus safeguarding social stability and lasting peace there. Currently, Xinjiang enjoys social stability and a sound momentum of economic development with people of different ethnic groups living in harmony.

The Foreign Ministers of India and Pakistan were scheduled to meet on the sidelines of the UN General Assembly. However, recently some media reported that the Indian side announced to cancel the meeting. What is your comment?

A: Both India and Pakistan are important countries in South Asia. Maintaining the steady development of India-Pakistan relations is of important significance to the peace and development of the region and the world at large. We sincerely hope that the two countries can enhance communication and dialogue, properly handle differences, improve their relations and jointly uphold regional peace and stability.