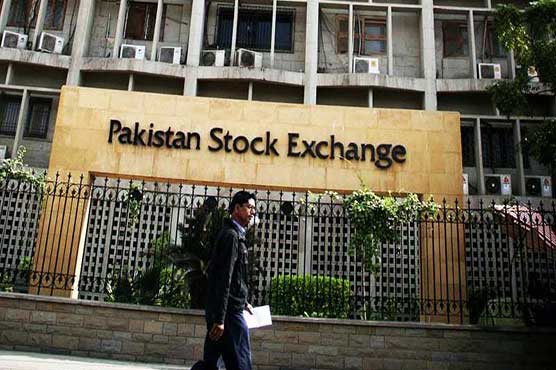 The amended finance bill envisages additional revenue measures of Rs 183 billion or 0.5 percent of GDP. Most amendments are on point, and recognize the need to trim the fiscal deficit while shielding the lower-income segments.

The decision to allow non-filers to buy automobiles and homes could be purchased above Rs 40 million increased activity in the cement and auto companies. Auto sector recorded a maximum gain of Rs 13.85 in Honda Motors shares while second rung on the ladder was Gandhara Motors Rs 13.35 per share. Moreover cement companies also witnessed good volumes under the lead of DG Khan Cement and Fauji Cement shares.

However, trimming in oil shares like OGDC, Pakistan State Oil and other refineries recorded decline after crude oil price globally decline following the reports that crude oil stocks recorded sharp rise against the market analysts expects. These companies weigh heavily in the index which did not allow the index to score big.

Textile companies also showed green signs during the session after the new government recent measures where they allowed more than 80 items could be imported without paying duties used in manufacturing export goods. The Finance Minister Asad Umar on Tuesday announced to give impetus to export sectors allowed duty free imports of products while on several raw material duty component has been reduced.

Pakistan Stock Exchange Index increased by 82 points to close at 41320 points. The volume was down owing to upcoming Moharram closure with now the trading to start on Monday. Business dropped to 158 million shares as compared with 166 million shares of Monday.