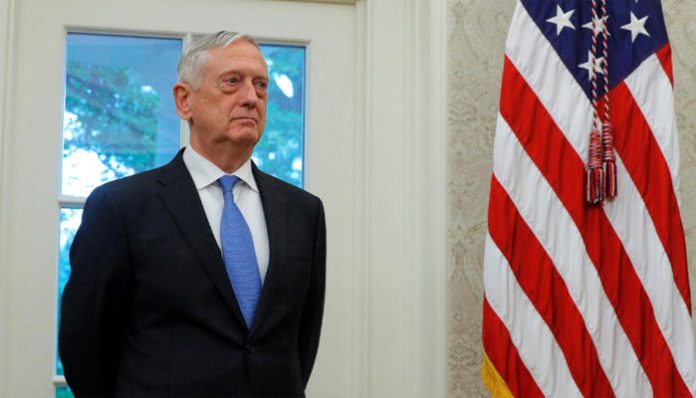 WASHINGTON, (DNA) – The U.S. military said it has made a final decision to cancel $300 million in aid to Pakistan that had been suspended over alleged failure to take decisive action against militants, in a new blow to deteriorating ties.

The so-called Coalition Support Funds were part of a broader suspension in aid to Pakistan announced by President Donald Trump at the start of the year, when he accused Pakistan of rewarding past assistance with “nothing but lies & deceit.”

U.S. Defense Secretary Jim Mattis, in particular, had an opportunity to authorize $300 million in CSF funds through this summer – if he saw concrete Pakistani actions to go after insurgents. Mattis chose not to, a U.S. official told.

“Due to a lack of Pakistani decisive actions in support of the South Asia Strategy the remaining $300 (million) was reprogrammed,” Pentagon spokesman Lieutenant Colonel Kone Faulkner said.

Faulkner said the Pentagon aimed to spend the $300 million on “other urgent priorities” if approved by Congress. He said another $500 million in CSF was stripped by Congress from Pakistan earlier this year, to bring the total withheld to $800 million.

The disclosure came ahead of an expected visit by U.S. Secretary of State Mike Pompeo and the top U.S. military officer, General Joseph Dunford, to Islamabad.