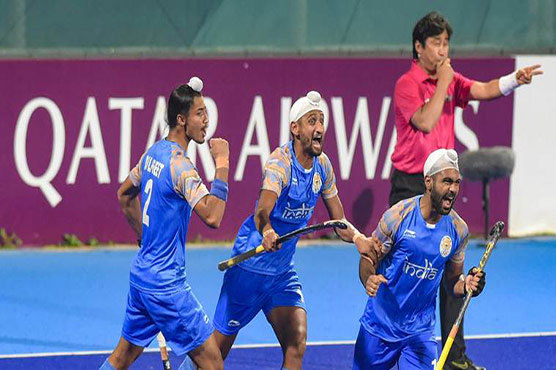 JAKARTA, (DNA) – India on Saturday defeated Pakistan by 2-1 and secured bronze medal in Asian Games.As per details garnered, India took the lead in the fourth minute when Akashdeep Singh scored the ball. Lalit Kumar Upadhyay rolled the ball down inside the semi-circle and then rolled it backwards to Akashdeep as the defence tried to tackle him. Akash with plenty of space with him, hammered it inside the back of the net.

A second goal was scored by Harmanpreet Singh and India doubled the lead.

Muhammad Atiq scored stunner but it was too late.