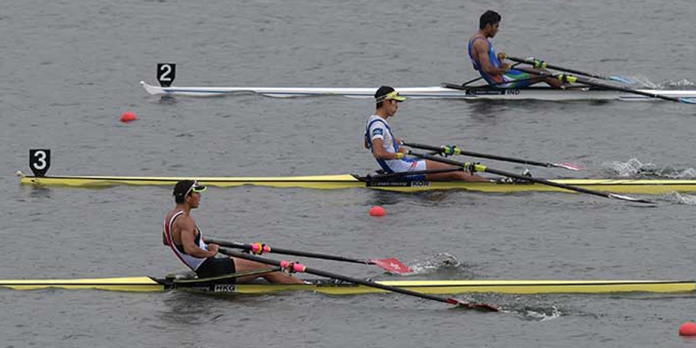 JAKARTA, (DNA) –  Pakistan’s Asim Ejaz suffered the embarrassment of missing out from competing in the men’s lightweight single sculls at the Asian Games on Friday after he was disqualified for exceeding the maximum weight limit.

Lightweight men cannot weigh more than 72.5 kg according to the rules but the 31-year-old was found to be over that limit despite his official Games entry putting him at 72 kg.

“In race no. 57 LM1x, PAK is excluded due to exceeding the maximum of body weight,” Games organisers said in an official statement.