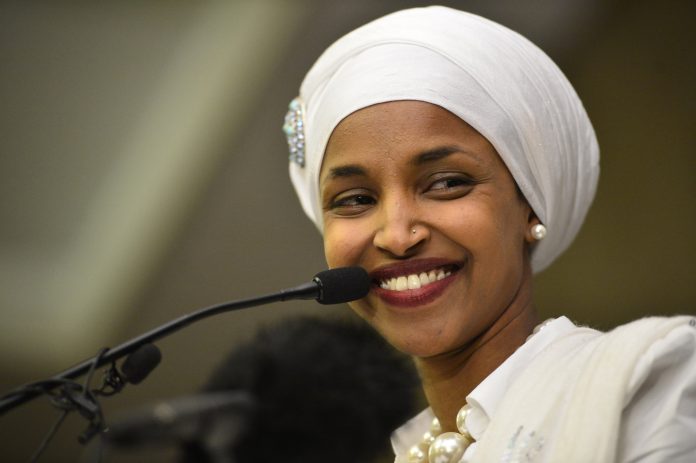 WASHINGTON, (DNA) –  In another ground-breaking political moment in US history, Somali-American state legislator Ilhan Omar emerged victorious in her primary in Minnesota, putting her on track to become one of the first female Muslim members of the US House of Representatives.

“As the first refugee elected to Congress (and the second Muslim woman after Rashida Tlaib of Michigan), Ilhan will bring a unique perspective and new energy to our nation´s capital,” a statement on her website said.

Tlaib, a 42-year-old former social worker, won a Democratic primary last week in a safe seat in Detroit. With no Republican or third-party candidates, she is positioned to enter the House of Representatives with the November midterm elections.

“Tonight we are celebrating because we engaged and empowered our community and we won!” Omar said in the statement.

“Together, each and every one of us are the inspiration we need to keep fighting for a democracy that gets us closer to the American promise of prosperity for all and the hope for a better tomorrow,” she said.

The US media has hailed the victory of Omar as historic under Donald Trump’s presidency.

“Ilhan Omar is almost all the things Donald Trump has demonized and demeaned rolled into one person. Omar, for starters, is an outspoken woman. Clearly Trump, who has ridiculed the #MeToo movement, called women who accused him of sexual misconduct ‘liars,’ just called Omarosa a ‘dog,’ and defended men who were physically abusive to women like his former aide Rob Porter, doesn’t stand on the side of women who speak out,”.

“That means come January, Trump will almost assuredly have to deal with this outspoken, hijab-wearing, very progressive, Muslim Somali refugee as a member of Congress. Ahh, karma,” it added.