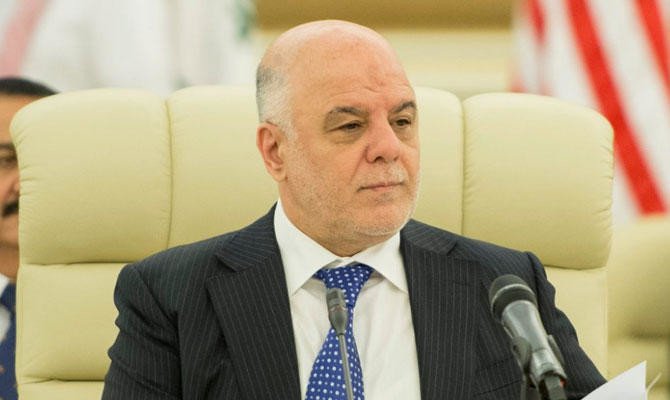 BAGHDAD, (DNA) – Failure by Iraq to comply fully with tough new US economic sanctions against Iran would be insane, analysts told.Iraqi Prime Minister Haider Abadi risked incurring US wrath after contradicting himself in the space of a few hours over whether his country would comply.Amid diplomatic maneuvers, as he negotiates for a second term in office after divisive and contested elections, Abadi offended both Tehran and Washington with conflicting statements on the US sanctions, which were reimposed last week.

First, the prime minister said that while Iraq disapproved of the new sanctions, it would reluctantly comply. “We don’t support the sanctions because they are a strategic error, but we will comply with them,” he said.

“Our economic situation is also difficult and we sympathize with Iran. But. at the same time, I will not make grand slogans that destroy my people and my country just to make certain people happy.”

His position provoked anger in Iran. An intended visit to Tehran on Tuesday to discuss the issue was canceled, and Abadi’s office denied that the visit had even been planned.

There was also criticism inside Iraq, especially from groups close to Tehran, such as the Asaib Ahl Al-Haq and Badr paramilitary movements.

Within hours, however, Abadi had reversed his position. “I did not say we abide by the sanctions, I said we abide by not using dollars in transactions. We have no other choice,” Abadi told a news conference in Baghdad.

Asked if Baghdad would stop imports of commodities, appliances and equipment by government companies from Iran, he said the matter was still being reviewed. “We honestly have not made any decision regarding this issue until now,” he said.

Michael Knights, the Lafer Fellow at the Washington Institute for Near East Policy: “Iraq can’t afford to be cut off from the dollar-based global financial system, so it makes sense to avoid sanctioned Iranian financial entities. Iraq should also protect its dollar reserves.

“These are the only sane options for a country that desperately needs international investment.”

Iraq is the second-largest purchaser of Iranian non-oil exports, and bought about $6 billion worth of goods in 2017. It also buys Iranian-generated electricity to deal with chronic power cuts that have been a key factor sparking mass protests in recent weeks.

On Tuesday, the British renewable energy investor Quercus became the latest major company to pull out of Iran as a result of the new sanctions.

It halted construction of $570 million solar power plant in Iran, which would have been the sixth-largest in the world.