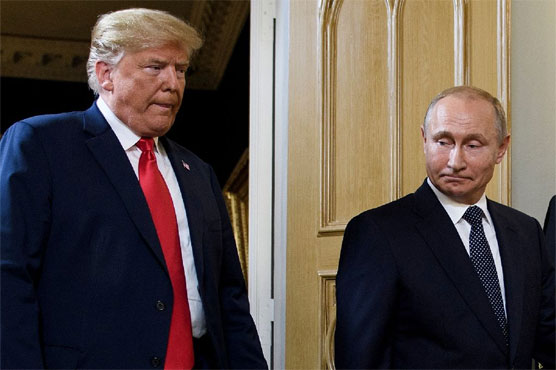 WASHINGTON (DNA) – US President Donald Trump, under fire over his Helsinki summit with Vladimir Putin, doubled down Thursday by saying he looks forward to meeting the Russian leader again — with talks already underway for a visit to Washington in the fall.

Trump has come in for bipartisan criticism for what many saw as his unsettling embrace of the Russian strongman this week — and his seeming disavowal of his own intelligence agencies and their assessment that Moscow meddled in the 2016 election.

The backlash has thrust Trump onto the defensive, leading to days of conflicting statements from both the president and the White House.

But Trump has largely shrugged off the criticism and took aim at the “fake news media” Thursday for failing to recognize his achievements.

“Now with that being said if it doesn t work out I ll be the worst enemy he s ever had,” he said of Putin.

“I look forward to our second meeting so that we can start implementing some of the many things discussed,” Trump said.

The invitation came as an apparent surprise to the Director of National Intelligence Dan Coats when he was told about it during a live interview at the Aspen Security Forum in Aspen, Colorado.

“OK. That s going to be special,” he said, laughing.