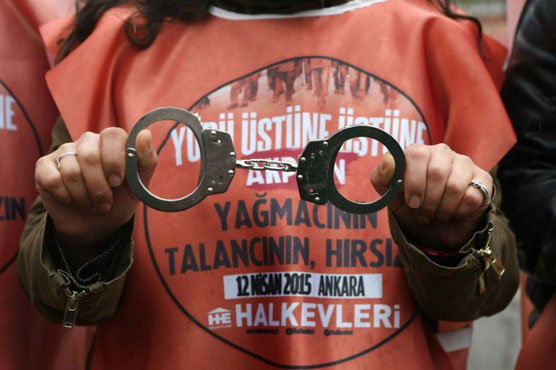 ANKARA, (DNA) – Turkey s state of emergency which was imposed after the failed 2016 coup is to end Wednesday but the opposition fears it will be replaced by even more repressive legislative measures.President Recep Tayyip Erdogan declared the state of emergency on July 20, 2016, five days after warplanes bombed Ankara and bloody clashes broke out in Istanbul in a doomed putsch bid that claimed 249 lives.

The measure, which normally lasts three months but was extended seven times, has seen the detention of some 80,000 people and about double that number sacked from jobs in public institutions.

The biggest purge of Turkey s modern history has targeted not just alleged supporters of Fethullah Gulen, the US-based preacher blamed for the coup, but also Kurdish activists and leftists.

The former leaders of the opposition pro-Kurdish Peoples  Democratic Party (HDP) — Figen Yuksekdag and Selahattin Demirtas — are still languishing in jail following their arrest in November 2016 on charges of links to Kurdish militants.